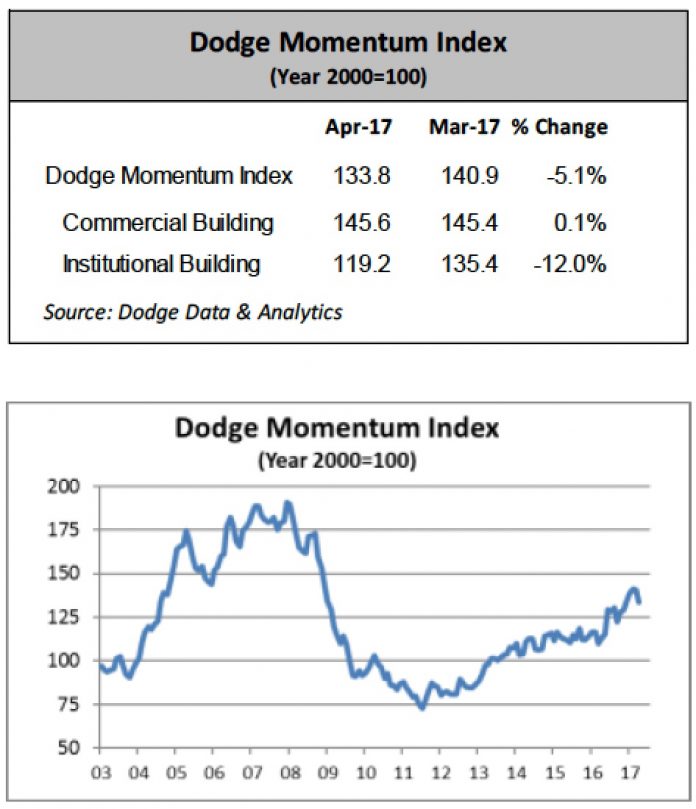 In April, six projects entered planning each with a value that exceeded $100 million. For the commercial building sector, the leading projects were an unidentified $275 million commercial project in Brooklyn and the $110 million Optimus Logistics Center in Perris CA. The leading institutional projects were the $200 million Kennedy Health Patient Tower in Turnersville NJ and the $110 million Highline High School replacement in Burien WA.