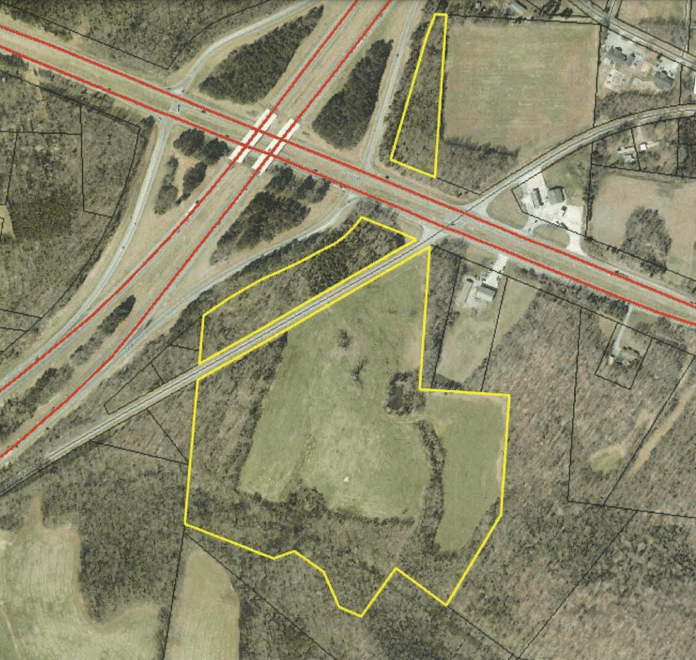 The Davidson County Board of Commissioners has approved the rezoning of a property to allow for building a speculative 272,000-sq. ft. industrial warehouse.

The board voted 5-0 to permit the rezoning change for a 35-acre tract from community shopping district to heavy industrial, the Winston-Salem Journal reported on Jan. 24.

Davidson Craven LLC, a commercial real-estate investment partnership group, made the request for the property at 2330 New Bowers Rd. near East U.S. 64 and Interstate 85.

The request does not include a projected construction cost.

Davidson Craven officials said the likely tenant would be a light manufacturer, assembly or distribution company, potentially already with a presence in the Triad. The heavy industrial rezoning is requested as much for potential projects on adjacent land. They said there are plans for N.C. Transportation Department to make road on New Bowers Road, the newspaper reported.

Commissioner Todd Yates said after the public comment period that “something is coming to the property, whether a subdivision or this. The growth is coming this way from Charlotte, Kannapolis and Concord … from Raleigh and Greensboro as fast as it can.”

“Nobody wants this is their backyard, but then there is the demand for jobs for our kids in the county. If you can’t stop it, what kind of growth do you want? We need to have that discussion.”

Several commissioners cited the Egger Wood Products in the Linwood community as an example of a responsible industrial project creating hundreds of local jobs, the published report says.

Egger opened in September 2020 its $700 million, 1-million-square-foot plant that the manufacturer refers to as its Lexington production facility. It makes particleboard and thermally fused laminate at the plant.

The business has pledged to hire 770 employees at full production capacity, of which 400 would be created in a $300-million first phase expected to take six years. The plant’s workforce was about 450 as of December.

On Dec. 2, Egger announced it is proceeding with the next expansion at the plant, adding up to 40 jobs and spending $50 million to build a $30 million recycling center by early 2023 and add a third production line by the end of 2022 with an estimated cost of $20 million.

Davidson Craven said in a formal presentation that the l-85/U.S. 64 corridor “has changed substantially and continues to rapidly become a corridor of business and industrial opportunity between the Raleigh and Charlotte markets.”