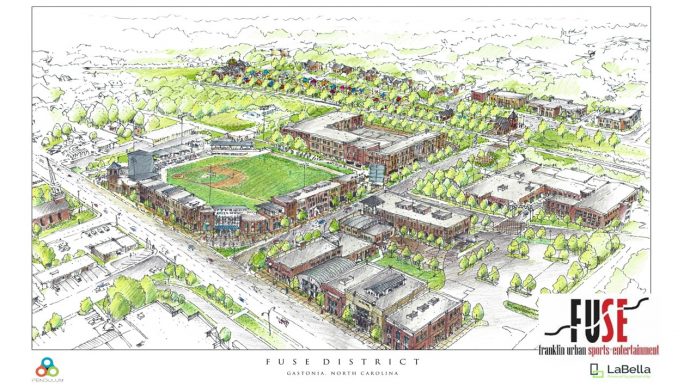 Gastonia taxpayers are on the hook for an an extra $4.7 million for the city’s Franklin Urban Sports & Entertainment (FUSE) economic development and revitalization project, according to the most recent projections.

The Gaston Gazette is reporting that an estimate offered to the city council in 2018 of $21.5 million was based on partially completed architectural work, but at a recent city council meeting, Gastonia officials were told the current cost is over $26.2 million.

The paper writes that the city approved a contract with Rodgers Builders of Charlotte for a total of $26,219,797, extending the relationship the city has with the company. Rodgers has been acting as construction manager at risk on FUSE for nearly two years.

According to the Gazette, “[t]he $26.2 million figure represents the ‘guaranteed maximum price’ that the city will pay. It now serves as the firm amount Gastonia can count on spending for the work, barring something unforeseen occurring.”

FUSE is designed to be a  multi-use sports and entertainment facility with a capacity of over 5,000 people. Gastonia promotes FUSE by saying it will “attract new commercial and residential development to the heart of the city. The facility and the surrounding private development will generate investment that will create jobs, increase the tax base and fuel economic growth that will benefit the entire city.”

FUSE is expected to open in late spring of 2021.