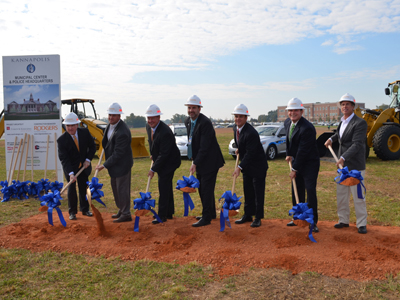 Large-scale construction on the new Kannapolis municipal center and police headquarters will begin soon after the city council set a maximum price for construction and prepared to issue bonds to pay for the project at their recent meeting, reports The Independent Tribune.

The $32.9 million project has been in the works since February 2013, when billionaire North Carolina Research Campus developer David H. Murdock announced he would donate 6.6 acres to the City of Kannapolis.

The council originally planned to build a smaller building at the site of the old post office building off Loop Road, but moved it onto the Research Campus and expanded the scope of the project to include the police headquarters and other departments in response to the donation.

Rodgers Builders and the city have been working to reduce costs and speed up the project, city manager Mike Legg was quoted as saying.