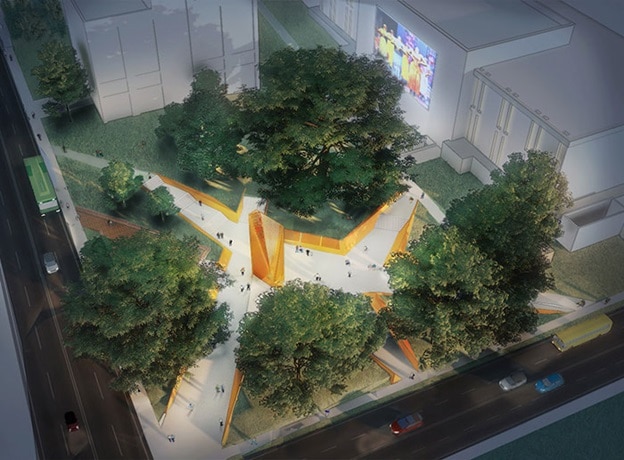 Construction on a long-planned park in Raleigh to honor Black North Carolinians could begin later this year.

The North Carolina General Assembly voted to spend $1.5 million on the North Carolina Freedom Park, sending a funding bill to Gov. Roy Cooper to decide whether to sign it into law, reports the News & Observer.

Freedom Park will be built on Lane St. at Wilmington St. on a block between the Executive Mansion and the Legislative Building.

The park was designed by the late architect Phil Freelon and his colleagues at Perkins + Will.