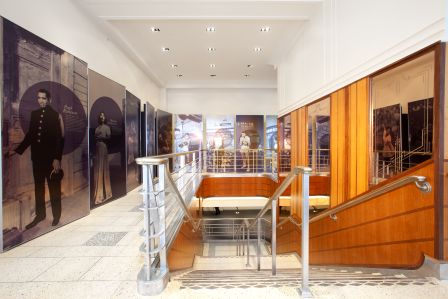 Greensboro grabbed the spotlight at this year’s CPN of North Carolina Star Awards presentation, as two honorees hailed from the Triad city. Both projects demonstrate – and contribute to — the going economic vitality of the area. The International Civil Rights Center & Museum won in the category for projects budgeted under $20 million.  “The project was very challenging,” says Daniel Estes, president of Greensboro based Weaver Cooke Construction, the  general contractor. “But you don’t get asked to do these kinds of historically significant projects every day. The subcontractor community pitched in and stepped up to the plate to make it happen.”

The CPN Star Awards are presented annually for construction excellence. The selection is based on the merits and challenges of the project. In presenting the Star Awards, CPN honors the general contractor along with other member who participated in completing the projects.

“The Civil Rights Center is huge for the Piedmont in terms of what it stands for in the civil rights movement,” says Fred Patrick, who chaired the awards committee. “It was challenging to get it done, but it was a great story for the community, and the contractors came together to get it done.”

Penny Whiteheart, executive vice president of the Piedmont Triad Partnership, an economic development organization, says the group was proud and excited that both awards went to Greensboro projects that are helping bring attention and prosperity to the area.

“The Civil Rights Center is helping Greensboro emerge as a destination and cultural center that brings visitors’ dollars into the community,” Whiteheart observes.

The $7.5-million Civil Rights Center is a Smithsonian-quality museum housed in the restored 1929 F.W. Woolworth’s that was the site of the first civil rights-era sitin. in February 1960. The deteriorating building – included on the National Register of Historic Places — has been transformed into a 45,000-square-foot, three-story facility that hosts 30,000 square feet of exhibit space, plus a gift shop and a 180-seat theater.

Some of the project challenges were financial. The project began in 2004, but by July 2005 work was halted due to a lack of adequate funding. Work started up again in spring 2009, and the project was finished in nine months in time for the sit-in’s 50th anniversary on February 1, 2010.  Weaver Cooke and the subcontractors put in long hours seven days a week to pull it off.

“The owners did a phenomenal job in securing reasonable financing and making sure all the parties were paid,” Estes says. The building’s age and condition added to the difficulty of the project “It’s always a challenge to repurpose an historic building – and we also found the drawings were not accurate,” says Georde Selkirk, associate principal with The Freelon Group, the project architect.

The biggest surprise, he adds was “the amount of water that had collected in the basement” due to underground streams discovered during construction.  First the water had to be removed. Then the basement was totally renovated, including adding a new slab on grade with an extensively engineered drainage system. This was needed to control the moisture levels in the building, a major concern in a museum.

“The ways the construction team helped resolve issues was as good as any I’ve seen,” Sulkirk notes. “And the executive committee pulled the resources together to make things happen that needed to occur. Everyone was committed.”

For museum co-founder Earl Jones – who helped save the building from being demolished to make way for a parking lot 16 years ago – the reality of the final center exceeded his expectations. “It’s beyond my wildest dreams,” says Jones, an Alamance County native who was 11 at the time of the sit-in. “It’s a crown jewel for the entire Triad and the state and is a major economic engine for downtown Greensboro.” Jones is a former long-time Greensboro city council member and state legislator.