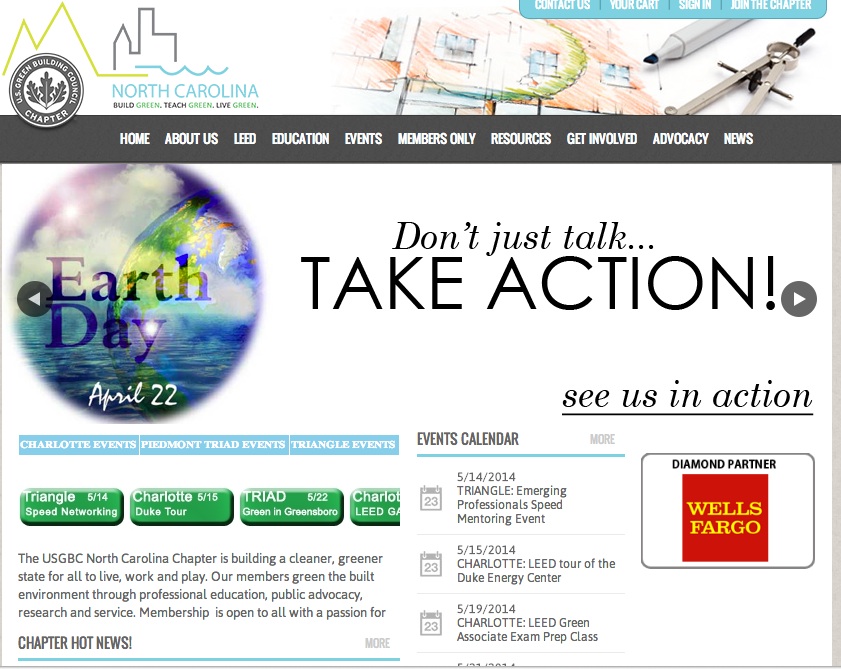 Throughout the year, USGBC NC mentors and Caterpillar employees in the Piedmont-Triad, Triangle and Charlotte areas worked with 21 different school groups as they selected projects to promote environmental stewardship on campus.

The Environmental Stewardship Challenge has been in place for three years. This year, the program more than doubled its outreach thanks togenerous support from Caterpillar, The Caterpillar Foundation and USGBC NC members.

The 2013-2014 Environmental Stewardship Challenge started in September with the Green Apple Day of Service and seed moneysupplied to each team. The year culminated on May 3, 2014, with ashowcase celebration at the Caterpillar axle manufacturing facility in Winston-Salem, where schools were awarded prize money and trophiesfor their outstanding sustainability projects.

“The Environmental Stewardship Challenge enlightens students offuture career opportunities in the field of sustainability,” stated EmilyScofield, executive director of USGBC NC. “Thanks to the generous grant from the Caterpillar Foundation, we are able to empower more students, parents and faculty across the state.”