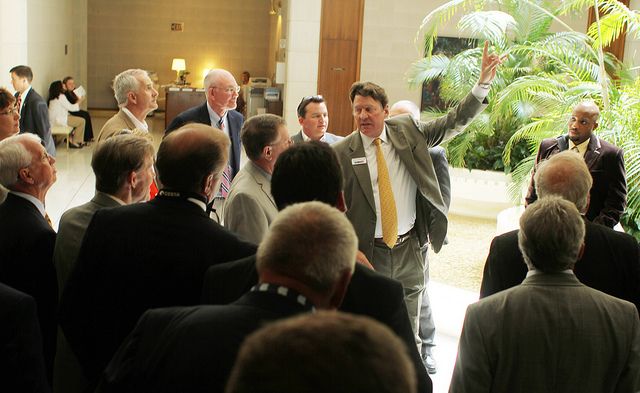 Carolinas Associated General Contractors (CAGC) has announced the appointment of Dave Simpson as president and CEO.

Simpson had been interim president and CEO for CAGC since Oct. 23, 2014. He was named the 34th most effective lobbyist in the NC General Assembly in 2013-14 by the NC Center for Public Policy Research.

Simpson has been a lobbyist with CAGC since April 1989. He will continue to be involved in lobbying in North Carolina along with CAGC lobbyists Berry Jenkins, Allen Gray and Betsy Bailey, who began her full-time work with CAGC on March 2.

“We are looking at exciting growth for Carolinas AGC at a time when we face many challenges, including multi-billion-dollar infrastructure needs, improving safety and saving lives in construction, and keeping our business friendly climate in the Carolinas,” Simpson said.

In the NC Legislature, Simpson has helped lead efforts in enacting legislation, which took effect in October 2014 that will save lives concerning underground safety and damage prevention involving construction. He also has been closely involved in successful efforts in expanding Career Technical Education in the public schools in recent years.

Previously, Simpson was a newspaper reporter for 15 years, mostly covering state politics with The News & Observer in Raleigh.