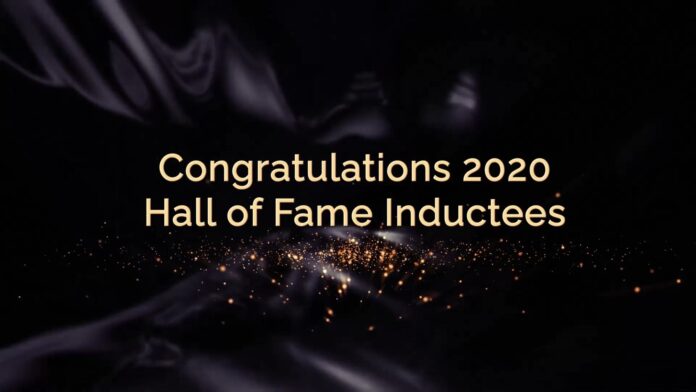 “These winners—two who have left incredible legacies on our industry, and four who are still paving the way for future leaders to follow—embody the skill, integrity, and responsibility that Carolinas AGC and the Associated General Contractors stand for,” the association said in an Aug. 3 statement.

“These prestigious awards honor individuals, including those who have passed, who are making or made extraordinary contributions over their careers to Carolinas AGC, the construction industry, and the community they serve.”

The winners and their families were honored at the 2021 CAGC Summit and Expo on July 24 in Myrtle Beach, SC. Details below are as provided from CAGC. 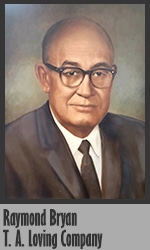 Raymond, who studied engineering at North Carolina State College, joined T. A. Loving in 1931. By 1935, he was named general manager of what would become the building division of the company. He went on to become secretary and treasurer, and later the company’s president. Throughout his life Raymond was involved and influential in many aspects of business, including working with his brothers at Calypso Plywood Company and Aviation Fuel Terminals.

Raymond served as chairman of the NC Licensing Board for General Contractors, vice-chairman of the NC Ports Authority, and in 1940 he served as CAGC’s president. Raymond’s greatest accomplishments though were depicted through his eulogy, which described him as “living his life humbly and sharing himself freely, for the betterment of all those he did business with.” 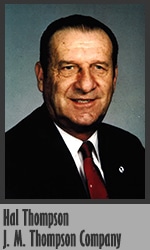 Hal Thompson attended North Carolina State University School of Engineering, and then joined the U.S. Army Air Corps during WWII and become a P-51 fighter pilot. After serving our country, Hal joined his father’s construction company, J.M. Thompson Co., in 1946, where he worked for more than 60 years. His legacy is carried on today by his three sons, John, Dickie, and Marty, and Hal’s grandson Travis who now operate the company – which will be celebrating its 100th anniversary this September.

Hal received many industry and civic awards throughout his lifetime, including the CAGC Pinnacle Award for Executive of the Year and Industry Recognition Award from the General Contractors Association of Raleigh, where he was a founding member. He served on the board of trustees of Louisburg College for 27 years and was an active member of the Raleigh Exchange Club for 63 years. As a resident of Raleigh, NC his entire life, Hal certainly made his mark on his community and the lives of those who worked for him at J.M. Thompson Co. 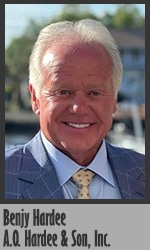 Benjy serves as president and Chief Executive Officer of A. O. Hardee & Son, Inc., a heavy/highway site contractor licensed in South Carolina since 1981 and North Carolina since 1985. He also owns and is a managing member of Hardee Group Holdings, LLC. In addition to developing numerous residential and golf course communities in the Carolinas, Benjy also has built numerous roads (including major sections of SC HWY 31 and SC HWY 22), hundreds of miles of primary and secondary roads, and airport and military facilities.

Serving as the current vice-chairman of the board of directors of Grand Strand Water & Sewer Authority (a position he has held for more than 32 years), Benjy serves on the Northeastern Strategic Alliance Board, the CAGC/SCDOT Joint Committee, and is a board member of the South Carolina Alliance to Fix Our Roads. He is a partner of and supports the Myrtle Beach Regional Economic Development Corp. From 2000 until 2008, Benjy was a member of the local advisory board of BB&T Bank, and in 2015 he served on the Horry County Ride III Advisory Committee. As a founding member and director of Coastal Carolina Bancshares, Inc. and Coastal Carolina National Bank (CCNB), Benjy also serves on several committees within the bank. 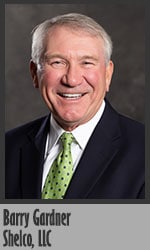 Barry joined Shelco as a project manager in 1984, and in 1992 was promoted to Executive Vice President of the Winston Salem office. In addition to managing operations at the Winston Salem office, he also co-manages Shelco’s Raleigh office. Barry has always shown strong support of AGC over the years, including serving on the NC Bar Association/CAGC Joint Committee, the AIA NC/CAGC Joint Committee, and he served as the CAGC Board of Directors Chair in 2007. On a national level, Barry has served on the AGC of America Elected Directors Board, the AGC Board of Governors, and he currently serves as a National AGC Life Director. Barry is a longtime contributor to the NC PAC in support of the construction industry.

Outside of his service to AGC and CAGC, Barry has served as the chairman of the NC Building Code Council, a board member and past board chair for the Frankie Lemmon School, and currently serves on the Engineering Advisory Council at his alma mater North Carolina State University. 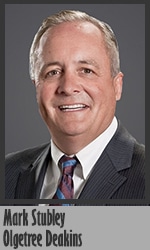 Mark’s heart for community service includes leadership roles within Camp Cole, the Hammond School, Citizens for Sound Conservation, The Oliver Gospel Mission, The Fellowship of Christian Athletes, and many others. 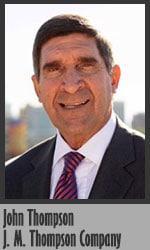 John is a professional engineer who graduated from North Carolina State University with a Bachelor of Science in Civil Engineering. He began working with J.M. Thompson Company in 1975, working his way from the field into project management. In 1995 he was promoted to president and CEO. John’s service to CAGC includes CAGC/NC Prison Construction Committee Chair, CAGC/NC State Construction Committee Chair, CAGC Building Division Chair, CAGC/NC Legislative Committee Chair, CAGC Board of Directors trustee, and service on the AIA NC/CAGC joint committee. His loyalty to the greater construction industry includes service on the General Contractors Association of Raleigh, NC State Building Commission, and NC Apprenticeship Committee. John is also a past director for both Wachovia Bank and the Raleigh Chamber of Commerce. Outside of work, John has devoted endless hours to the Methodist Retirement Home, the Paraclete Foundation, the Indian Guides/Princess Program, Bible Study Fellowship Program, and Fellowship of Christian Athletes.