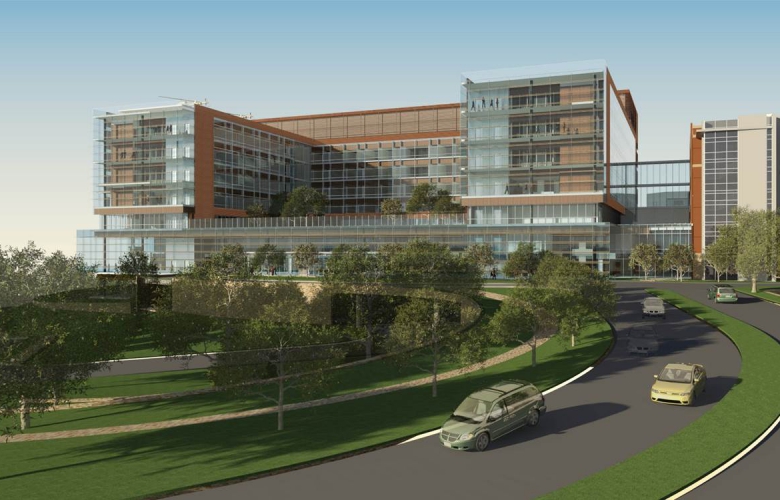 City Council voted 7-0 on Oct. 14 to give site plan approval to Mission Health for a 12-story, 681,000 sq. ft. project, including   new operating rooms and an emergency services department, The Citizen-Times has reported.

The project’s architect is HDR and the general contractor is Turner Construction. There is a website inviting potential subcontractors and vendors to respond to qualify to work on the project.

The 509 Biltmore Ave. project’s  large size meant it required a Level III review under the city’s Unified Development Ordinance and a council vote.

The tower would have frontage on Hospital Dr. and Victoria Rd, replacing the St. Joseph’s hospital campus, which is on the opposite side of Biltmore from most of Mission’s facilities. That has meant at times patients are transported by ambulance across the busy road, the newspaper reported.

“It was quite obvious to us as we looked at facilities that the St. Joe’s facility was aging out, as well as there were needs for our emergency department,” Greck said.

Construction on the tower, which will have two floors underground, is set to be completed in November 2018.

City planning director Tod Okolinchany said it will likely be the biggest project Asheville has ever seen. “The Asheville Mall exceeds 900,000 square feet but was completed in phases over several years,” he said.

The tower will 216 beds, and services such as a heart catheter lab and endoscopy, intensive care unit and medical-surgery recovery floor, along with a cafeteria, an 84-bed emergency room, and support offices.

The project calls for retaining walls as high as 28 feet in some places. To soften their effect, the hospital plans to use plants and design elements. There are also plans for a small park area at the corner of Hospital Dr. and Biltmore.

Councilman Cecil Bothwell said he was happy about efficiencies in the new building including the reduction in ambulance trips.

“I do know this whole project addresses reducing the carbon footprint of Asheville,” the newspaper quoted him as saying.

Bothwell said he hoped the former St. Joe’s site would get “activated” with affordable housing and new commercial uses, such as retail.