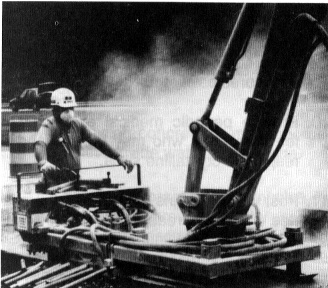 The Occupational Safety and Health Administration’s proposed rule on occupational exposure to crystalline silica is so fundamentally flawed that the American Subcontractors Association called on OSHA to immediately withdraw it.

ASA recommended that OSHA undertake a new rulemaking process that “assures that those who work in the construction industry are protected from unnecessary exposure to crystalline silica, is underpinned with good science, and for which implementation is both technologically and economically feasible for construction employers.”

ASA pointed out several flaws in the proposed rule. For example, OSHA relied on a 10-year-old Small Business Regulatory Enforcement Fairness Act panel review that used economic data that “does not reflect today’s construction industry — an industry that has not recovered from a nearly unprecedented boom and bust cycle.”

ASA also noted internal inconsistencies in the proposed rule: “For example, OSHA states both that construction employees do not perform tasks for entire shifts and that, in response to the proposed rule, ‘construction work involving silica exposure will tend to become a full-time job for some construction workers.’ That is, even OSHA admits that implementation of its proposed rule is likely to lead to workers being exposed to silica for longer periods of time. If so, ASA finds OSHA’s conclusion alarming and in contravention of OSHA’s very mission — to assure safe and healthful working conditions for working men and women.”

ASA also expressed its concern that OSHA does not take into consideration the dynamic environment and the unique multiemployer nature of construction. ASA wrote that “in order to comply with OSHA’s proposed rule, a construction employer with employees who perform tasks that can potentially expose them to crystalline silica would seem to need access to a non-silica-based crystal ball to predict changing variables as diverse as the direction of the wind and the practices of another contractor on the job site, or be prepared to deploy controls and equipment on practically every site, significantly increasing its costs.”

In addition, ASA endorsed the extensive comments submitted by the Construction Industry Safety Coalition of which it is a member. In conjunction with the Coalition, ASA called on OSHA to engage “in a meaningful dialogue on a workable approach to continuing the measurable trend in the reduction of silicosis-related diseases.”

Released by OSHA on Aug. 23, 2013, during a news conference that laid out few details, the proposed rule “seeks to lower worker exposure to crystalline silica,” a natural occurring component of soil, sand, granite and other minerals. Many common construction operations in dozens of specialty trade activities involve silica, including those that cut, grind, crush or drill materials that contain silica, such as concrete, masonry, tile or rock.