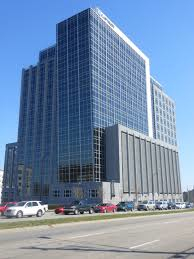 Allscripts Healthcare is close to signing a big office lease deal to move all of its people and operations out of The Forum office park in north Raleigh to a higher profile, 18-story building at North Hills, Triangle Business Journal reported citing real estate sources across Raleigh.

John Kane, chief executive of North Hills’ development company Kane Realty Corp., says no lease with Allscripts has been signed, and he denied that they were close to any kind of agreement.

However, sources say the health care information technology company, which employs more than 1,260 people in Raleigh, has been considering either a deal to renew a contract for office space that it occupies in three buildings at The Forum or to relocate elsewhere in the Raleigh area.