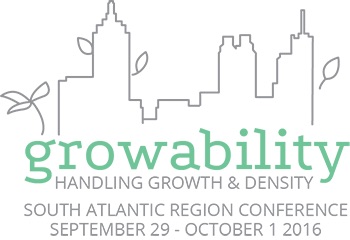 The American Institute of Architects (AIA) South Atlantic Region chapter has decided to relocate a North Carolina conference because of the controversial HB-2 law that forces transgender people to use public bathrooms based on the gender on their birth certificate.

The  chapter has pulled out of hosting the three-day conference beginning Sept. 29 in Wilmington.

“The American Institute of Architects has a long-standing policy of supporting the promotion of human and civil rights, the universal respect for human dignity, and the unbiased treatment of all persons in employment, civic, and business transactions,” said a statement on the AIA North Carolina‘s website.

“Further, we support the full integration of rights for the LGBT community into our non-discrimination laws at all levels of government and recognise the right of any individual to self identify their own gender with the belief that everyone has the right to live, work and play in a built environment that is safe and secure, which includes public restrooms.”

The law has sparked an economic backlash and a growing protest movement. More than 100 corporations have expressed severe concern over HB2 in an open letter to McCrory.

AIA South Atlantic represents more than 5,100 architects in Georgia, North Carolina and South Carolina. The conference, planned for this autumn, was due to be attended by 500 people from surrounding states.

“For the area, it’s a piece of business that we are losing, so that’s never good news, but it’s a potential that we could find something to fit in the hole,” said John Sneed, vice-president of sales and services for the Convention and Visitors Bureau.

“It does support our tourism industry here,” Sneed said. “The more events we have in, of course, the more people the hotels can employ.”

“House Bill 2, which in a single day became law, was portrayed as protection for the safety of women and children in our public restrooms and schools, when in fact, the concern for safety which everyone shares, should have been a component of a comprehensive, thoughtful work of legislation that took into consideration the rights and needs of everyone,” said AIA South Atlantic.

The conference is being relocated to Savannah GA, Sept. 29 to Oct. 1. 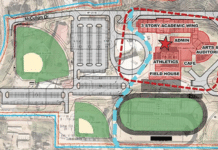