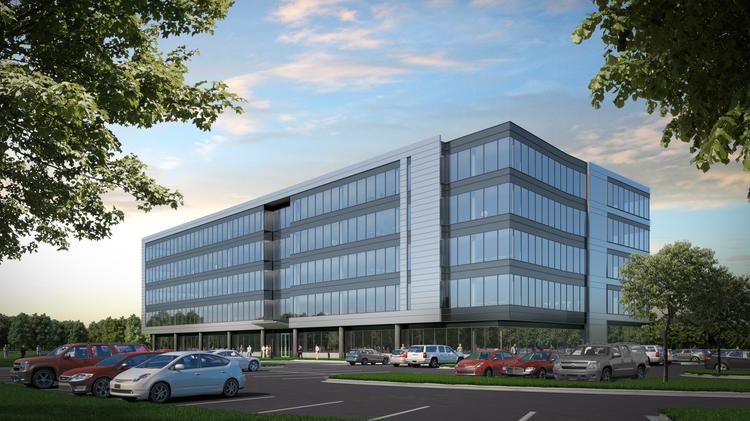 The investors behind the development at Durham’s Imperial Center corporate park over the past three decades have announced plans to break ground on the first new building in seven years, Churchill Hall, Triangle Business Journal reports.

The new building will be a five-story, 150,000-sq. ft. office structure at the corner of Page Rd. and Miami Blvd. at Imperial Center. It will be the 18th office building in the park and the first new development project since the Quintiles Plaza building was completed in 2009, according to the developer team at Tri Properties of Durham.

Tri Properties will be teaming with its longtime partners at Principal Real Estate Investors as an equity partner in the project. Terms of the deal nor an estimated value of the new building project have been disclosed. The project team includes Little Diversified Architectural Consulting as the architect, and Clancy & Theys of Raleigh is the construction contractor.

For now, the building’s construction schedule for a start in third quarter in 2016 is moving forward on a speculative basis with no pre-lease contracts signed yet. Under that timeline, completion is planned in the fourth quarter 2017.
Tri Properties plans to also develop five retail outparcels surrounding it with plans for additional restaurants and a 25,000-sq. ft. medical office facility, says Tri Properties president Greg Sanchez.

“We are excited to announce that Churchill Hall will mark the next chapter of growth within the Imperial Center,” Sanchez said in an announcement about the deal.

The 18 existing office buildings of Imperial Center are currently 99 percent occupied, says Clay Stober, senior vice-president at Tri Properties. “Churchill Hall offers the opportunity for organic growth from within the park while also providing a new opportunity for companies looking to relocate or expand within the Triangle.