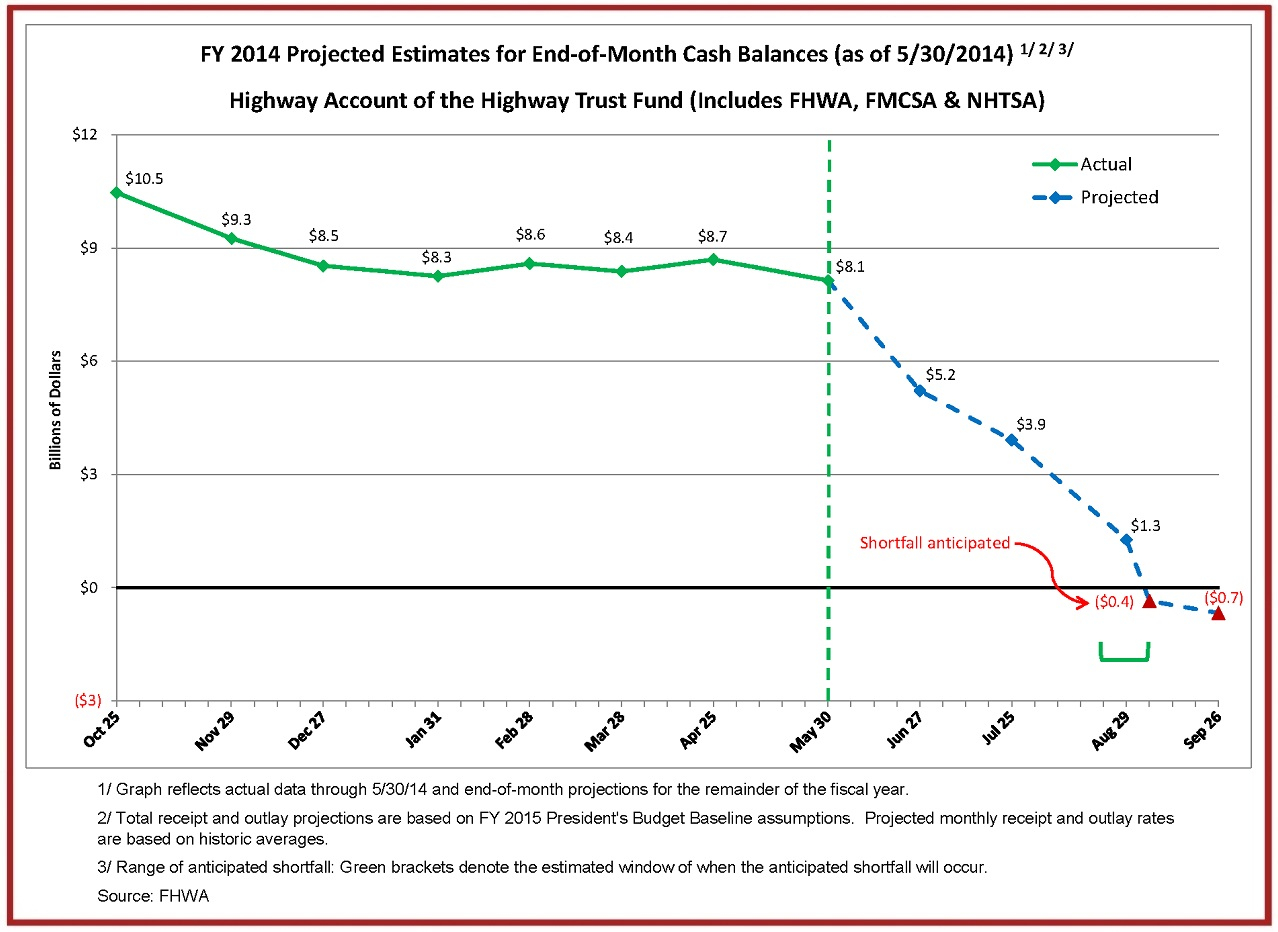 Total construction spending edged higher for the third straight month in May, as solid increases in private nonresidential and public construction outweighed a downturn in residential projects, according to an analysis of new Census Bureau data by the Associated General Contractors of America (AGC).

Association officials cautioned that the pickup in highway spending is in jeopardy of reversing sharply unless policy makers act urgently to shore up the federal Highway Trust Fund.

“The May figures show that construction activity continues to expand, but with lots of variability by month and project type,” said Ken Simonson, the association’s chief economist. “These uneven patterns seem likely to continue for the rest of the year.”

Private residential construction spending in May retreated 1.5% from April, when homebuilders may have put in extra hours to make up for adverse winter weather in many regions. The May total was 7.5%above the May 2013 level, representing an 11% increase in single-family spending, 31% for multifamily and a 2.4% decline in improvements to existing housing.

Public construction spending rose 1.0% for the month and 1.2% year-over-year. The largest public segment, highway and street construction, expanded 2.3% from a year before. The second-biggest category, educational construction, gained 1.7% since May 2013.

“The outlook is brightest for multifamily and oil and gas-related projects, including manufacturing,” Simonson commented. “But single-family and office construction, which have done well so far, may fade later this year.”

Association officials said the increase in highway and street construction will do a U-turn if Congress and the administration fail to act soon to replenish the Federal Highway Trust Fund. Current estimates indicate the federal government will have difficulty reimbursing states for payments to highway contractors later this month, a development that could lead to project delays and reduced construction employment.

“Stabilizing the Highway Trust Fund should be lawmakers’ top priority when they return from recess early next week,” said Stephen E. Sandherr, the association’s chief executive officer. “Construction firms, their suppliers and highway users should not be held hostage to political posturing.”