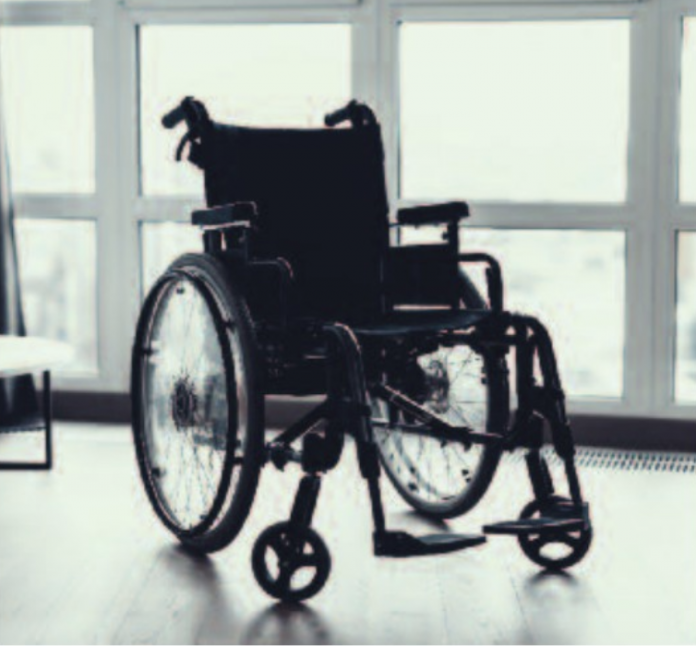 When you think about the statutes and codes that govern the construction and design process in North Carolina, does the North Carolina Fair Housing Act (NCFHA) come to mind? Probably not—but it should, or you may be opening your business up to an expensive risk.

According to Lawyers Weekly, in 2016 one of the largest settlements in our state resulted from a construction and design dispute under the NCFHA. The developers, builders, and architects of the Skyhouse high rise apartments in Raleigh and Charlotte agreed to pay
$1.8 million to correct sliding door thresholds which were inaccessible to people with disabilities.

Numerous other cases around the country have resulted in owners, contractors, and designers paying out hundreds of thousands of dollars and sometimes even millions. You can’t afford to be unaware of this law.

The NCFHA is relatively short. This state law shouldn’t be confused with the better-known federal Fair Housing Act. The federal statute, however, allows individual states to adopt and enforce their own comparable statute instead of relying on the federal act.

Our state’s fair housing laws are enforced by the N.C. Human Relations Commission, a state government agency within the Office of Administrative Hearings. The commission has a professional staff of investigators and attorneys as well as commissioners appointed by the governor and legislature. Enforcement is carried out by commission staff and complaints are heard by the commission.

The most important thing to know about the NCFHA is how broad it is. The act outlaws a wide range of discriminatory housing practices based on race, color, religion, sex, national origin, handicapping condition or familial status. The act creates a private right of action
for any person who claims to have been injured by any person who engages in practices prohibited by the act. Potential claimants could include buyers, sellers, and tenants.

Respondents could include sellers, mortgage brokers, real estate agents, landlords, and property management companies. The different combinations of potential claims, claimants, and respondents allowed under the NCFHA is practically limitless.

As far as contractors and designers are concerned, the law’s key provision is a section that makes it “an unlawful discriminatory housing practice to fail to design and construct
covered multifamily dwellings” according to seven different handicap accessibility standards.

A dwelling (including common areas) is covered if it has four or more units and an elevator. If the building has four or more units but lacks an elevator, then only the ground floor units and common areas will be covered. In other words, if a building only has stairs but no elevators, then only the ground floor units must comply with the design standards.

The act includes these requirements:
• a building entrance on an “accessible route;”
• public and common areas readily accessible and usable by handicapped people;
• an “accessible route” into and through all dwellings and units;
• doors wide enough to accommodate wheelchairs;
• light switches, electrical outlets, and thermostats in “accessible locations;”
• bathroom walls reinforced so as to allow the installation of grab bars; and
• space in the kitchens and bathrooms to allow a person in a wheelchair to maneuver.

Note, though, the seven standards are only stated in general terms. For instance, the statute isn’t specific as to exactly how wide a door needs to be to accommodate a wheelchair or where exactly light switches need to be located. These requirements are outlined in section R321.3 of the North Carolina Residential Building Code, which is based on specifications from the American National Standards Institute (ANSI).

Common design and construction violations include building entrances having only steps but no ramps, door thresholds being too high and without a bevel, outlets placed too low, and switches placed too high. Unlike other provisions of the NCFHA, proof of a violation
doesn’t require a showing of discriminatory intent or effect; failure of the dwelling to meet the standards is enough.

If a building is inaccessible to handicapped residents, you’d expect the residents to seek relief against the owner or the landlord. You’d then expect the owner or landlord to go after the designer as the party responsible for designing the project and ensuring accessibility.

Accessibility would seem to be entirely a question of design. A contractor, on the other hand, would seem to have no liability for accessibility. Under the venerable Spearin doctrine a contractor is only required to build the project according to the plans designed the by architect and provided by the owner. A contractor is seemingly the least culpable party when design standards aren’t met.

But the current practice of the N.C. Human Relations Commission staff, supported by federal case law, is to seek relief against all the major parties involved in the project—
owner, designer, and contractor.

Neither the North Carolina statute nor state decisional law specifically authorizes this practice. However, federal courts interpreting the federal act have determined that a contractor can (surprisingly) be held liable even if the contractor did nothing more than build the project according to plans designed by someone else.

The rationale for this approach is that the Fair Housing Act is remedial in nature and a strict interpretation of the act will result in compliance with the law and an increase in available housing for handicapped individuals. Even so, this approach totally upends the traditional division of responsibilities on a design-bid-build construction project.

Despite this persuasive authority, a contractor facing a claim under the NCFHA should still raise a defense based on the implied warranty of plans and specifications. This defense is well established under North Carolina law.

The strongest defense is to show a project isn’t subject to the act. While most multifamily projects will be covered, the design standards don’t apply to single-family homes, duplexes, or triplexes. Commercial buildings like offices, stores, warehouses, etc., are also explicitly exempt.

The other important defense is compliance with the safe harbor design standards, which applies if a state adopts one of 10 design codes recognized by HUD without any changes and the project is built to these standards. You can meet the safe harbor by complying with
section R321.3 of the North Carolina Building Code.

NCFHA violations can be costly for owners, designers, and contractors. The statute provides a wide range of legal and equitable remedies for an injured claimant. In addition to actual damages, a claimant can obtain punitive damages, court costs and attorneys’ fees, and temporary or permanent injunctions.

There are no North Carolina cases interpreting the law’s remedies provision. In federal cases, however, claimants have been awarded compensatory damages for a variety of loses and harms:

• out-of-pocket costs to make the residence more handicap accessible,
• emotional distress and humiliation resulting from being unable to use the living space,
• costs of testing housing units for compliance with the standards, and
• diversion of resources when an organizational claimant implements a program to identify and counteract discriminatory housing practices.

In addition to monetary damages, courts are empowered to grant equitable relief, which could include ordering the defendant to retrofit a property so it complies with the accessibility standards or to establish a retrofitting fund to pay for future retrofitting. Retrofitting can be among the most costly remedies and is also frequently a part of any settlement agreement.

While indemnity provisions are common in construction and design contracts, be aware these clauses may not be enforceable when it comes to fair housing claims. Given that a fair housing complaint can ensnare the owner, the designer, and the contractor, it’s natural to assume that some of those parties would seek to mitigate their risk through contractual indemnification provisions. For example, a contractor with no design responsibility who built the project according to the contract documents might seek indemnification from the owner since the owner hired the designer.

Unfortunately, though, it’s unclear whether the NCFHA allows parties to shift their liability through indemnification. The statute itself is silent on this issue, but a 2010 decision
from a federal appeals court suggests that contractual indemnification is incompatible with the statute’s purpose.

Indemnification disputes are part of the reason the commission staff makes every effort to include all the potential parties in the original investigation, and, if necessary, bring legal action against all project participants. The commission’s way of thinking is that if all designers, architects, contractors, developers, owners, etc. are included, then they all have an opportunity to be part of the inspection of the property, and make comments before the commission investigators issue a determination.

In addition, by including all project participants, the respondents have a chance to craft a comprehensive settlement and work out apportionment of damages among themselves. It also means that, if the case ends up in court, the litigation isn’t further complicated by
third-party indemnity actions, and damages can be apportioned among the various defendants as the court finds appropriate.

The procedures for adjudicating a fair housing complaint are found in a long, convoluted statute reminiscent of a Choose Your Own Adventure novel. The statute establishes several procedural paths. In general, though, a fair housing complaint will ultimately be resolved by either (1) the administrative-judicial route, which culminates in a hearing before the N.C. Human Relations Commission with a right of appeal to superior court, or (2) the purely judicial route where the case is heard in superior court. Regardless of the procedural path your case may take, the NCFHA requires that commission staff attempt to resolve
the dispute through “informal conference, conciliation, or persuasion.”

Even after conducting an investigation and determining there are reasonable grounds to believe there’s been a violation of the act, the Human Relations Commission staff must still attempt to resolve the issue through negotiation. While overall 20 percent to 40 percent of cases are resolved through conciliation, practically all construction and design complaints end in settlement. “Conciliation agreements” must be made public.

The NCFHA may not immediately spring to mind when you think of the laws that govern the construction and design process in our state, but failure to comply with this law can have far-reaching consequences for owners, designer, and contractors.

Contractors in particular may have unanticipated exposure for design deficiencies—a total departure from traditional construction law grounded in the rules of contract. It’s unclear whether project participants can mitigate risk through contractual indemnification—though
they should certainly try until a court rules otherwise. These open  questions leave room for creative lawyering by construction lawyers to help clients faced with a fair housing complaint.

Luke J. Farley, Sr. is a construction and surety lawyer in the Raleigh office of Conner Gwyn Schenck PLLC. From 2014 to 2018, he served as a commissioner on N.C. Human Relations Commission. This article has been edited from a comprehensive version with endnotes to be published in the near future. The views in this article are solely those of the author. 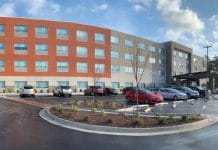 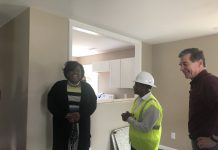