The ApiJect Systems’ $785 million Gigafactory in Durham was among the largest projects in the nation to break ground in February, Dodge Data & Analysis says in its monthly report.

Overall, across the nation, total construction starts fell 2% in February to a seasonally adjusted annual rate of $797.3 billion. Nonbuilding construction starts posted a solid gain after rebounding from a weak January, however, residential and nonresidential building starts declined, leading to a pullback in overall activity. The Dodge Index fell 2% in February, to 169 (2000=100) from January’s 171.

“With spring just around the corner, hope is building for a strong economic recovery fueled by the growing number of vaccinated Americans,“ said Richard Branch, Chief Economist for Dodge Data & Analytics. “But the construction sector will be hard-pressed to take advantage of this resurgence as rapidly escalating materials prices and a supply overhang across many building sectors weighs on starts through the first half of the year.” 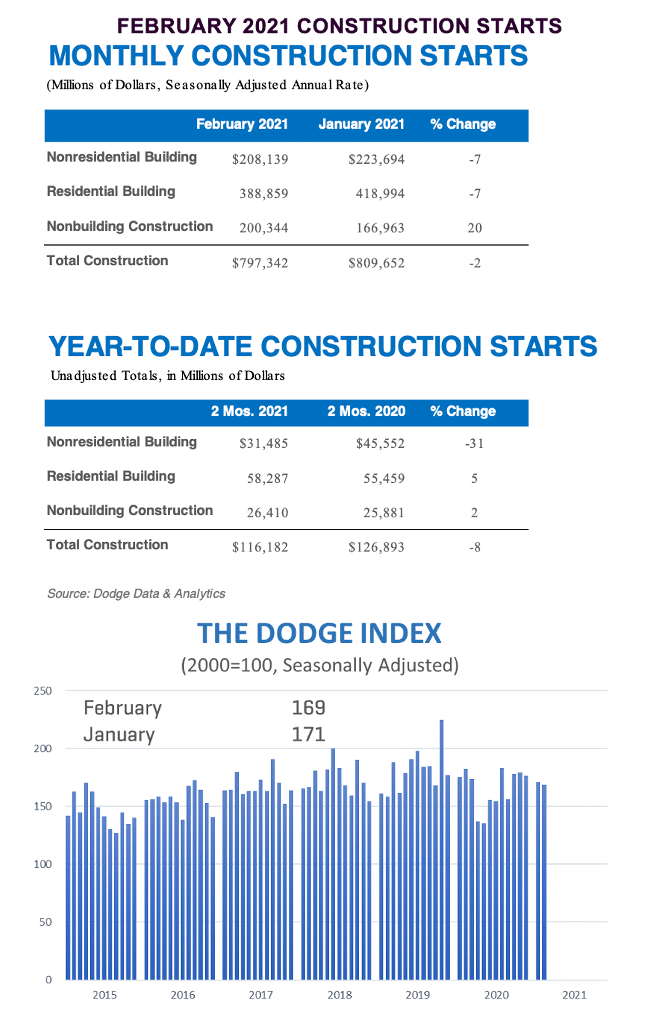 Below is the full breakdown across nonbuilding, nonresidential, and residential construction: