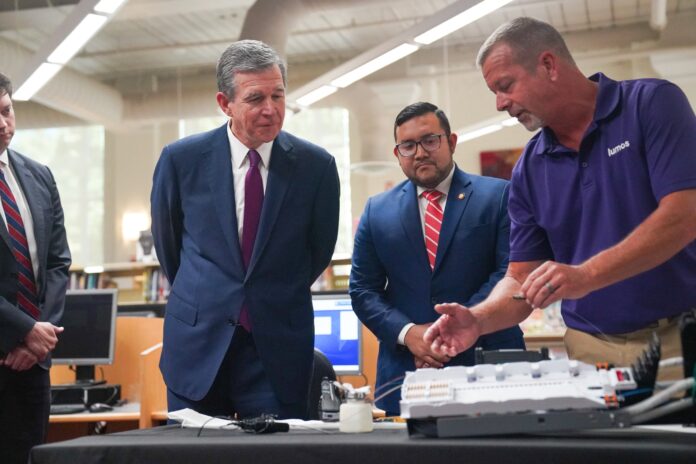 Close to 85,000 households and more than 2,400 businesses in 69 counties are set to receive access to high-speed internet thanks to more than $206 million of Growing Rural Economies with Access to Technology (GREAT) grants.

The recent announcement is the state’s largest round of GREAT grant awards to date. With this announcement, over $260 million in GREAT grants have been awarded to providers since July 2022. Additional grants are expected to be announced this fall.

“High-speed internet access is critical for people to work, learn, access telehealth and connect with one another,” said Governor Cooper. “Thanks to this significant GREAT grant award funding, many more North Carolina families and small business owners will have the tools they need to succeed in today’s digital world.”

“We are excited to be awarding this unprecedented amount of funding to bring high-speed internet access to such a large number of residents and businesses across the state,” said NCDIT Secretary and State Chief Information Officer Jim Weaver. “These funds will go a long way in closing the digital divide by bringing equitable access to both rural and urban communities.”

The Governor made the funding announcement at the Mebane Public Library alongside NCDIT Deputy Secretary for Broadband and Digital Equity Nate Denny and Lumos CEO Brian Stading. Lumos, a provider of 100% Fiber Optic Internet, will be receiving over $7 million in GREAT grants to serve more than 2,600 households and businesses in Alamance and Randolph counties. At the event, the Governor observed a fiber splicing demonstration by Lumos officials.

The GREAT grant program provides matching grants to internet service providers and electric membership cooperatives that may partner with individual counties to compete for funding to expand high-speed internet service to unserved and underserved areas of the state. The GREAT grant awards are in addition to the $23.4 million awarded on July 18 and the $30.8 million awarded on Aug. 1 of the $350 million total funding for this round.

NCDIT received 305 applications for this round of GREAT grants, and internet service providers proposed to serve more than 487,000 North Carolina homes and businesses.