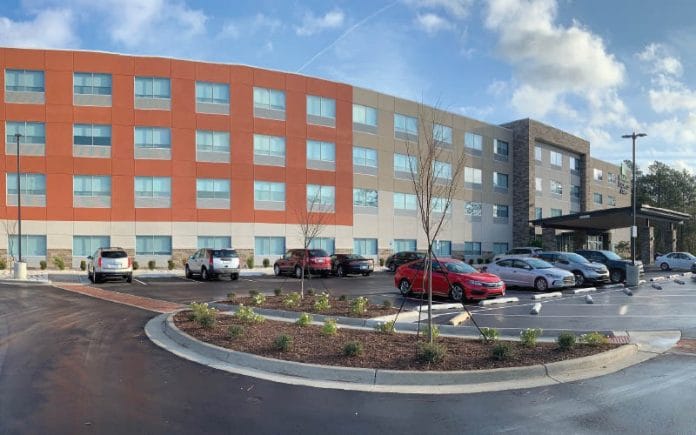 Several hotel construction projects are happening around the Wilmington area, to meet and  an increase in demand in recent years.

A Home2 Suites by Hilton is underway in the 5500 block of Market Street.

Developed by The Generation Companies based in Raleigh, the 125-room hotel is projected to open in the fourth quarter of this year.

It’s the third Home2 Suites by Hilton, an extended stay hotel, for The Generation Companies – one opened in North Charleston in 2012 and another in Augusta, Georgia, in 2013.

An increased demand for more hotel rooms is due to a growing population, vacation opportunities, university populations and the airport.

The Home2 Suites, located on Market Street, is under construction by general contractor Hendrick Con struction Inc. of Charlotte.

In 2019, a Georgia hospitality firm announced plans to build a Home2 Suites by Hilton at The Pointe at Barclay in midtown Wilmington – a four-story, 108- to 110-room hotel beside The Pointe 14 movie theater.

The Home2 Suites at The Pointe will be one of the first Wilmington hotels for Ideal Hospitality, a company with hotels across the Southeast, including in North Carolina, South Carolina, Georgia and Florida.

A 104-room Holiday Inn Express is under construction in Porter’s Neck – the only accommodation in that part of Wilmington and Pender County up to Hampstead.

The hotel is expected to be open during the first quarter of 2021, according to developer John Sandlin, founder and president of Wilmington-based Clarendon Properties. It will be managed by Crown Hotel and Travel Management.

Additional hotels are either planned or being pursued by developers of projects near Wrightsville Beach including The Westin, which would anchor a $200 million project called The Avenue on Military Cutoff Road.