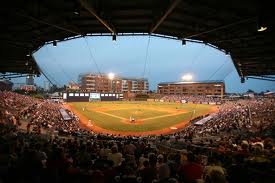 The North Carolina economy is growing, but slowly. Jobs are being added and the unemployment rate is dropping, but we’re nowhere near levels anyone would consider acceptable. So as our new governor takes office and the General Assembly reconvenes, the priority for most of our elected officials will be boosting the rate of economic growth in our state so jobs can be created at a faster pace.

Unfortunately, there is no magic switch any of our state leaders can pull to immediately create jobs. Indeed, much of the future course of the North Carolina economy will be determined by what happens to the national economy.

Still, there are actions North Carolina public leaders can take to improve the long-run competitive position of the state and to gain both jobs and income. These actions revolve around the two broad areas that state government directly controls — state taxes and state spending. Here, I will look at ideas for improving the state’s economic growth in four key categories: changing the tax system, supporting education, funding Medicaid and building and maintaining roads.

Updating the state tax system: Many economists say moving away from taxing income to taxing spending is a way to encourage income and job growth. They say taxing spending — but exempting from taxation what people save and invest — would make North Carolina a magnet for business development and expansion…..

Supporting education: ….One idea at the high school level to motivate the interest of some students and improve graduation rates is to increase the offerings of vocational studies. As the baby boom generation retires, some analyses point to an upcoming shortage of qualified workers for vocational and technical occupations. A high school student successfully completing a vocational or technical skill program could very well have a job waiting for him or her upon graduation.  A proposal at the four-year university level to strengthen student focus and efficient completion of studies is tuition costs tied to length of time in school. That is, students completing their college studies in four or maybe five years would pay a lower annual tuition than students who are in their sixth or more year without a degree.

Medicaid: Medicaid is the joint federal-state funded program for assisting lower-income households with their health care expenses. In the last quarter-century, it has been the fastest growing part of the state budget.  Medicaid operates as a program that reimburses approved expenditures. Some say this encourages more spending. It also makes budgeting future Medicaid spending very difficult.  Several states – Florida is one of these — have received permission from the federal government to try alternative ways of operating Medicaid, methods that encourage cost competition and consumer involvement. Some studies show significant savings as a result of these innovations. North Carolina may want to study these alterative procedures to see if they can provide needed coverage at lower costs.

Transportation: Study after study finds that well-maintained highways are absolutely vital for economic development. But the big question is, how do we pay for roads? Drivers are resistant to the gas tax, especially if it rises at the same time the cost of the fuel is jumping.  Toll roads — where drivers of a specific stretch of highway directly pay for that road — are one funding alternative. Or a gas tax tied to median household income — and not to the cost of gas — is another idea. Both should be examined and evaluated.

So, taxes, education, Medicaid and roads; that’s certainly a full agenda for thinking about ways to promote economic growth in North Carolina. Make sure to put your “two cents” in, as my late father use to say, as collectively we get ready to decide.  Read More.