A $262 million UPS distribution facility in Mebane has been recorded as the largest commercial project to enter construction planning in the nation in August by Dodge Data and Analytics.

Alamance County Commissioners on Aug. 17 unanimously approved approximately $3.9 million in incentives for the project on a 165-acre site in Mebane’s NC Commerce Park.

UPS’s site development plan would allow for a 521,000 sq. ft. building with an automotive shop, vehicle wash bay, employee entrance building, customer service center, and a place for customers to drop off and ship packages, the Mebane Enterprise reported.

“That site would allow us an opportunity to build an additional building that would be able to process 30,000 packages per hour,” UPS senior project manager Kevin Zalatel told the County Commissioners at the meeting.

“It’s a very challenging site. But I think it’s a site that will work to meet our needs,” Zaletel said. “We’re working on finalizing a site plan for mid-September for that property.”

“We’ve been building pre-cast concrete buildings. We do them throughout the United States,” he said. “We have done a 58,000 (sq. ft.) facility before. This one would start off around 30,000 – about half of the full capacity. A lot of that is determined by our growth, and the needs in the area.” 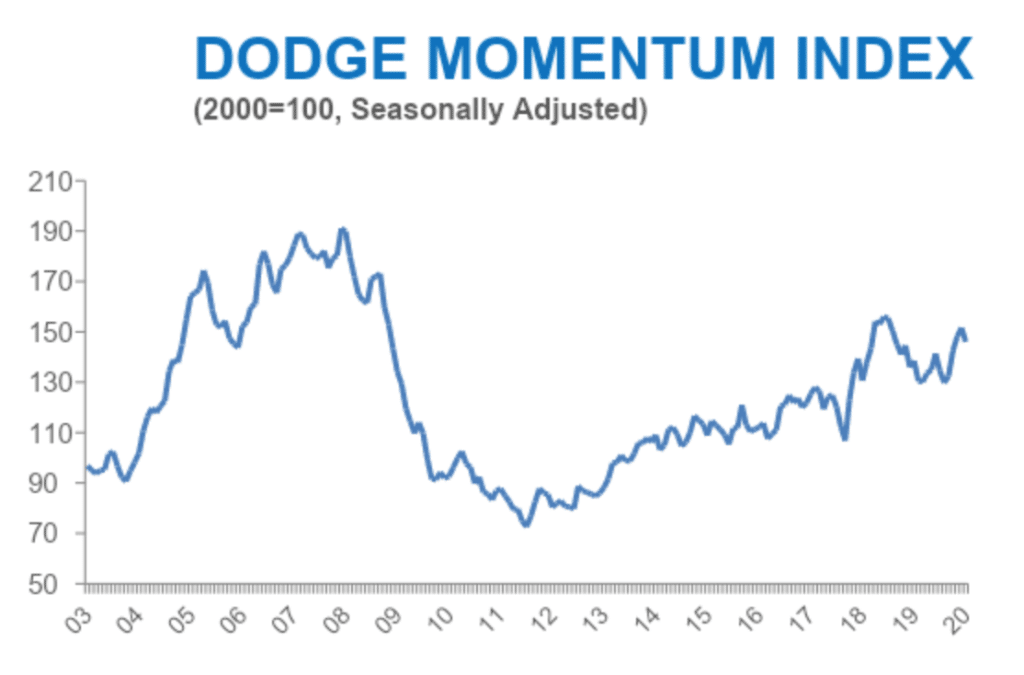 Nationally, The Dodge Momentum Index increased 1.8% in August to 126.5 (2000=1000) from the revised July reading of 124.2. The index is a monthly measure of the first (or initial) report for nonresidential building projects in planning, which have been shown to lead construction spending for nonresidential buildings by a full year. In August, the commercial component rose 3.3%, while the institutional component moved 1.2% lower.

The August increase in the overall Momentum Index is the second consecutive rise and a further sign that the construction sector continues to post a modest recovery following the large declines in April and June. This recovery, though, is uneven. The commercial component has risen 9% from its June low and is just 13% below its 2018 peak fueled by increased planning activity for warehouse and office projects.

In August, 11 projects each with a value of $100 million or more entered planning, including the Mebane project. There also will be a $200 million Amazon distribution center (Project Star) in San Antonio TX. The leading institutional projects were the $150 million BayCare South Florida Baptist Hospital in Plant City FL and the $125 million second phase of the Veterans Memorial Arena in Binghamton NY.