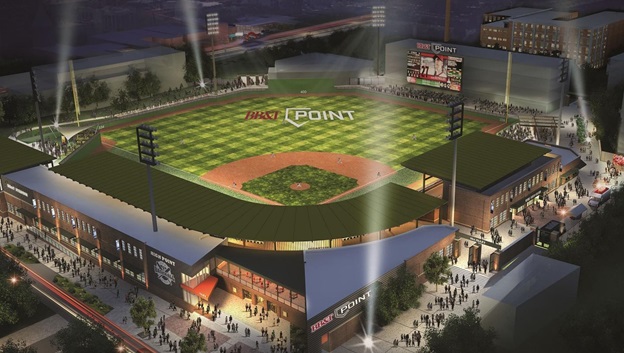 Forward High Point says that construction on the city’s new baseball stadium should be complete within six months, MYFOX8 has reported.

Built by the City of High Point, the stadium will be the new home for a team from the Atlantic League of Professional Baseball in the spring of 2019.

The site is on 11.5 acres between Elm St., Lindsay St., Gatewood Ave. and English Rd. Five acres of the site will be the city-owned stadium, and six-and-a-half acres will be private development including a park, event center and children’s museum and education cinema.

The structure is being built by Samet Corp.

US construction inflation highest since 2005