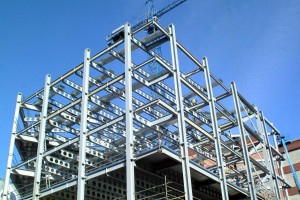 In recent years the Triangle office market has been largely defined by two trends: the generous concessions being offered to tenants and the near total lack of new construction, reports the News and Observer.

The recession, and the anemic recovery that has followed it, created little new demand for office space. That left landlords desperate to retain the tenants they already have, or win new ones with aggressive lease terms.  Now, with the Triangle on pace to record its fourth straight year in which more companies moved into space than moved out, the dynamic is shifting.

“The dog meat rental rates and the concessions are drying up to a certain degree,” said Andrew Kelton, director of CBRE’s asset services group in Raleigh. “… The leases that are being done now are better than they were at the first of the year.”

The vacancy rate in the Triangle in the third quarter was 15.6 percent, down from 18.4 percent during the same period two years ago, according to Karnes Research, a Raleigh firm that tracks commercial real estate trends. The average rent per square foot was $17.71, up slightly from $17.56 two years ago.  Those numbers reflect the gradual uptick in demand and a lack of new supply in the market. Although the Triangle’s current annual rate of job growth, about 2.5 percent, is below the historic norm for the region, it is enough to generate a decent amount of leasing activity.

But it’s not enough to drive substantial new construction. Tighter lending requirements, combined with a need for any new project to have much of its space preleased, has resulted in few new buildings breaking ground. The amount of new office space that has been completed over the past the past three years – 2.6 million square feet – is just slightly above the 2.5 million square feet that was completed in 2008, according to Karnes.

The chief beneficiary of this slow-motion recovery has been newer, Class A office space. Many tenants used the downturn as an opportunity to move to nicer space, and much of it is now occupied.  “It’s going to be increasingly difficult to find large blocks of Class A space,” said Dave Finger, managing principal of the Raleigh office of Cassidy Turley.  Kelton said the shortage is particularly acute along Interstate 40. “And that’s where the big users usually go,” he said.

The I-40/Research Triangle Park market is the Triangle’s largest, accounting for 26 percent of its total office inventory. While the market’s current vacancy rate stands at nearly 25 percent, that figure doesn’t tell the whole story.

The market includes many aging buildings that were built for a single tenant and that are no longer attractive to many companies. The offers of free rent and other concessions are likely to disappear the quickest from markets with a limited supply of desirable space, such as downtown Raleigh and downtown Durham, Cary and I-40/RTP.

How quickly the Triangle office market improves next year will depend in part on the ability of Washington to reach some sort of agreement about the country’s fiscal path forward. If a deal is reached on the fiscal cliff and Triangle job growth accelerates, developers may be in a position to move forward with new projects.

A number of developers with active projects in the Triangle are now seeking prelease commitments. Kelton said there are a number of companies looking at relocating to the South from states in the Midwest, Northeast and West where taxes and labor costs may be higher. “You get a lot that are looking at Raleigh, Nashville and Austin,” Kelton said.

He wouldn’t be surprised if two or three new office buildings get built next year. “Not a bunch. People aren’t going to go crazy around here.”  Read More.

GSA moves to LEED Gold for all new federal buildings and...