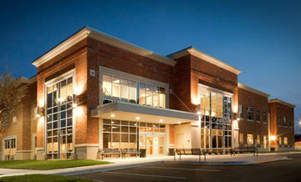 False starts and delays have plagued the rebuilding of the state’s construction industry, reports Business North Carolina. Competition for projects is fierce, resulting in tight margins and serious problems for at least two major general contractors inNorth   Carolina. “I’m not even sure I can say we’re on the way back up. I don’t think we’re at the bottom, but we’re not far off of the bottom,” says Sam Hunter, CEO of Goldsboro-based T.A. Loving Co., whose revenue dipped about 6% this year. Along with the others on this year’s list of the largest general contractors in the state, T.A. Loving has done well in some sectors — health care and higher education — and suffered in others, such as public works. “From my point of view, I don’t think you can make a profit on those projects.”

Mount Airy-based John S. Clark Co. — a subsidiary of San Francisco-based Obayashi USA LLC and 15th in Business North Carolina’s ranking based on revenue for the 12 months ended June 30 — is expected to dissolve by year-end. Local management tried to negotiate a buyout to ward off closure but couldn’t reach an agreement with its parent. Charlotte-based Cox & Schepp Inc., No. 14 on last year’s list, filed for Chapter 11 bankruptcy in January. Court filings say it lost nearly $1.7 million last year and $6 million in 2010 after making a profit of $4.7 million in 2009.

Charlotte-based Edifice Inc. recorded the highest leap in revenue — more than 76% — after beginning work on several large projects. But its CEO is a realist. “We’re in a situation where there are more contractors than there are projects to build,” Eric Laster says. “The competition is very keen.” Edifice has seen improvements in light-manufacturing construction, including a contract for a $50 million expansion of Spokane, Wash.-based Clearwater Paper Corp.’s tissue-making plant inShelby. It’s also working on large church expansions inCharlotteandHigh Point.

A still-weak housing market has led to rising demand for apartments, and banks have been willing to lend for these developments. That’s benefited Raleigh-based Clancy & Theys Construction Co., which has three multiunit residential projects under construction and four more set to break ground soon. “In our business everything is cyclical. I expect that, before very long, [apartments] will become saturated. We hope to build a lot between now and then,” Vice President Scott Cutler says. He’s optimistic about a rise in office construction, a more traditional strength of Clancy & Theys, but believes the old economic adage — the one about construction lagging the economy into and out of a recession — is holding true. “I think we’re not just the tail of the dog but the tip of the tail.”   Read More.