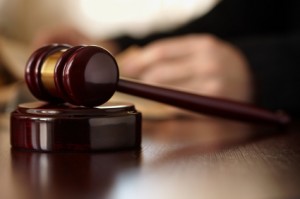 If you’re like me, you might find yourself softly singing the catchy chorus from the Who’s “Who Are You” as you consider the North Carolina Court of Appeals’ June 5, 2012 decision in Young & McQueen Grading Company, Inc. v. Mar-Comm & Assocs., Inc. et al.

The case involved a good deal of confusion regarding the correct identity of the owner of a construction project, confusion that complicated the contractor’s assertion of its mechanic’s lien rights against the owner’s property.

Rest easy, the contractor ended up prevailing and holding on to its lien rights.  But it sure wasn’t easy!  The decision reminds us how critical it is at the beginning of a project to determine the correct identity of the owner of the improvement by obtaining an accurate answer to one simple question:

The Facts of the Case

Young & McQueen Grading Company, Inc. (“Y&M”), a grading contractor, entered into an AIA-form contract with Mar-Comm & Associates of North Carolina, LLC (“Mar-Comm of NC”) for the improvement of a residential subdivision.  The contract named Mar-Comm of NC as both the contracting party as well as the owner of the real property that was the subject of the contract.

Even before the contract was signed, Y&M had provided some preliminary services to Mar-Comm of NC under a “Proposal and Contract” that also named Mar-Comm of NC as the owner of the real property.

Here’s the catch: Mar-Comm of NC was NEVER the owner of the real property!  That distinction belonged to an affiliated entity, Mar-Comm & Associates, Inc. (“Mar-Comm”).

When Y&M was not paid timely for its work (and we’re talking about over $250,000 – certainly not chump change), it filed a claim of lien on the real property.  Unlike the Proposal and Contract and the subsequent AIA-form contract, Y&M’s lien claim correctly identified Mar-Comm as the owner of the property.  That’s the good news.  However, the claim of lien arguably misidentified Mar-Comm as the “person with whom claimant contracted,” when, in fact, both the Proposal and Contract and the AIA-form contract had been entered into with Mar-Comm of NC.

Y&M proceeded to file its lien enforcement action in superior court.  Despite the arguable misidentification of the “person with whom claimant contracted” as recited in the claim of lien, the trial court entered a judgment in favor of Y&M, and further declared that Y&M’s lien rights took priority over a lender’s deed of trust.  Both the lender and Mar-Comm appealed, arguing that Y&M had failed to adequately preserve its lien rights in its claim of lien.

All of these factual findings, taken as a whole, led the trial court to conclude, and the appellate court to affirm, that Mar-Comm of NC was, in fact, the legal agent of Mar-Comm.  As Mar-Comm’s legal agent, Mar-Comm of NC bound Mar-Comm to both the Proposal and Contract and the AIA-form contract.  So when Y&M filed its claim of lien reciting Mar-Comm as both the legal owner of the property and the party with whom Y&M contracted, Y&M was, based on the courts’ principal-agent analysis, correct!

The Court determined that the relationship between Mar-Comm and Mar-Comm of NC was sufficiently close-knit to salvage Y&M’s lien rights.  Unfortunately, Y&M had to litigate all the way up to the Court of Appeals to get the relief it was seeking under North Carolina’s mechanic’s lien laws.  Avoid a similar fate by making sure you know with whom you are dealing.  These tips might help: