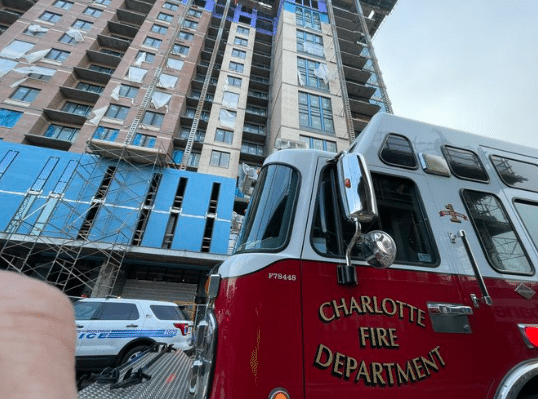 “Following a scaffolding collapse, there are three casualties,” the Charlotte Fire Department said. “[Two] people have been transported to an area hospital. Currently, Charlotte Fire is securing the area. A family reunification area has been established.”

Fire officials confirmed the Occupational Safety and Health Administration (OSHA) is investigating, and work at the site has been halted.

According to OHSA records, more than two dozen incidents in 2022 involved collapsed scaffolding.

At least 16 people have died in scaffolding-related incidents over the past decade across North Carolina, OSHA records show, including: