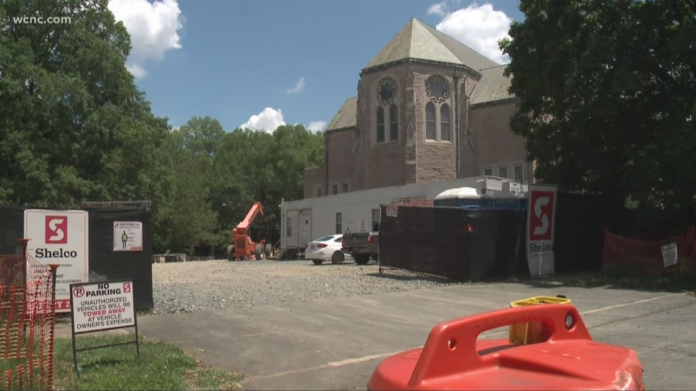 WCNC-TV reports on a strange incident at a church parking lot in Dilworth.

Police said someone intentionally tried to drive into a construction worker and even pulled a gun on him.

Off camera, that construction worker told NBC Charlotte the suspect was an ice cream vendor who wanted to be on the property.

The incident happened outside Covenant Presbyterian Church around 5:30 p.m. on June 29

The worker told the broadcaster that the incident started when he tried to close the gate to keep the ice cream vendor out. He said the suspect responded by intentionally trying to run him over — pulling a gun.

NBC Charlotte obtained an audio recording of the dispatch traffic through broadcastify.com.

“There was a male subject that pulled a gun out on him,” the dispatcher was heard saying on the broadcastify clip. “(He) says they were trying to close the gate to the site and the male ran over the caller with his van.”

The worker was not hurt. He said the ice cream vendor had been asked to leave the property previously.

Police haven’t arrested anyone yet, but say they are taking the matter seriously.