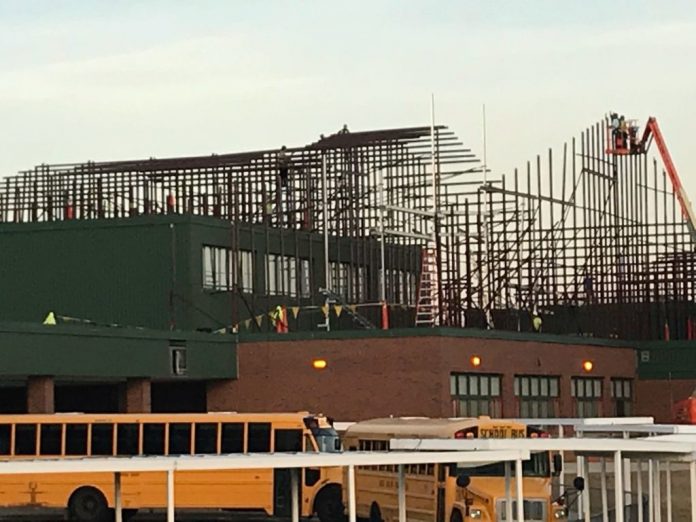 The issue of whether there should be a statewide school construction bond has stirred controversy, with the state’s treasurer urging caution about the proposal that Gov. Roy Cooper had hoped to put on the 2018 election ballot.

“School construction, and finding a way to do school construction, especially in rural, depopulating parts of North Carolina, is vitally important,” State treasurer Dave Folwell said said during his monthly Ask Me Anything conference call with reporters. “But it has to be done with the understanding that, unlike the federal government, we do not have an unlimited credit card.”

Folwell indicated he is jittery about the state’s overall debt, including $50 billion in unfunded retirement system and State Health Plan liabilities. As well, additional debt is pending from the $2 billion Connect NC and $3 billion Build NC bonds approved the past two years.

Cooper has proposed a $2 billion school construction bond referendum for the Nov. 6 election, but this failed to pass the legislature.

Speaking at an elementary school in Raleigh, Cooper said the Republican-controlled legislature

“As the keeper of the public purse and the state treasurer, I felt very strongly that any time that you’re going to increase the state debt by maybe 40 percent, that the people that you’re increasing that debt on the backs of need to have a say in that,” Folwell said.

“I don’t recall any time where the voters have turned down a transportation bond in this state,” he said. Still, lawmakers did not put the measure to a public referendum.

Folwell called for transparency and for Build NC to go through “the normal appropriations sunshine process that reflected the priorities previously set for how spending on transportation projects would occur.” He said any new debt should not violate the debt-affordability study.

The state has $35 billion in unfunded liabilities in the State Health Plan, and the state hasn’t set aside any money to cover it over the past 40 years. Another $15 billion of unfunded liabilities accrued in the state retirement system. Its investments have not hit the assumed rate of return on average in two decades, and they aren’t expected to meet the target rate for another 20 years.