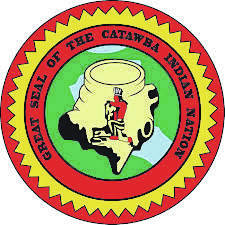 The U.S. Department of the Interior approved in writing Thursday the American Indian tribe’s request to use 16 acres (6.5 hectares) near Interstate 85 in Kings Mountain, just west of Charlotte. The location sits about 35 miles (56 kilometers) northwest of the Catawba reservation in upstate South Carolina.

The $273 million investment in the entertainment complex could generate over 1,600 construction jobs and create more than 3,000 direct and indirect jobs once built, according to an economic development evaluation of the project last month cited in the decision.

The Catawba tribe has waited for years to build a casino, which its leaders said has been thwarted by politicians despite a 1993 federal Catawba recognition law that was supposed to open the door for one.

The tribe “is very thankful for the department’s decision to take this land into trust, enabling us to achieve the promise of self-determination though economic development,” tribal Chief Bill Harris said in a news release.

Catawba leaders say they have a historical and legal claim to the land. But the Eastern Band of Cherokee in North Carolina, with two casinos located in the state’s mountains, disagree and say the Catawba should stay in their own state. The Eastern Band promised to fight the decision in court, The Charlotte Observer reported Friday.

“The federal government has no right or authority to create a new reservation for the Catawba Nation across state lines, into Cherokee historical territory, just to build a casino,” Chief Richard Sneed said in a statement.

The Interior Department’s approval came as North Carolina Sens. Richard Burr and Thom Tillis and South Carolina Sen. Lindsey Graham introduced a bill last year would have directed the agency to authorize gambling on the land. That bill had been idled, however.

The 38-page decision signed by Assistant Secretary Tara Sweeney says the the Catawba tribe has “both a tribal population and governmental presence in North Carolina where the site is located.”

The tribe provides health care, employment and other services in a multi-county, two-state area that includes 253 members living in North Carolina, the document said. “Though the site falls within an area where another tribe may assert aboriginal ties, that fact does not detract the Nation’s ties to the land,” Sweeney wrote.

At a news conference in Kings Mountain to discuss the 195,000 square-foot project, Harris said the casino would be paid for by unidentified investors. It would be run by Delaware North, which manages sports and entertainment venues in addition to casinos, the Observer reported.

“It’s a righting of a wrong,” Harris said of the federal government’s decision. “We have now regained what once belonged to us.”