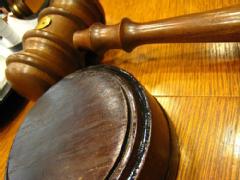 On March 20, the Judiciary Committee of the U.S. House of Representatives unanimously passed the “Security in Bonding Act of 2011” (H.R. 3534) after the American Subcontractors Association (ASA) warned that “a payment bond from an individual surety providing only illusory protection can easily result in a catastrophic loss to a small subcontractor or supplier.”

ASA told the Subcommittee on Courts, Commercial and Administrative Law on March 9 that the Security in Bonding Act is a “targeted Congressional intervention” that the full Judiciary Committee should approve right away. The legislation would require individual sureties that provide bonds on federal projects to use only assets that can easily be liquidated to quickly fund valid claims.

It also would require that those assets be placed in the custody and control of the federal government. “Payment bonds provided by individual sureties are essentially worthless, unless the pledged assets are real, adequate in amount, and readily available to meet the legitimate payment claims of the myriad subcontractors and suppliers performing on a typical modern federal construction contract,” ASA said.

Current federal regulations contain two different standards regarding the assets that a surety can pledge to assure payment of subcontractors or suppliers on federal projects. One set of standards applies to corporate sureties, but a weaker set of standards applies to individual sureties, permitting individual sureties to pledge unusual, illiquid and potentially even worthless assets to allegedly assure subcontractors of payment.

ASA and other supporters of H.R. 3534, including the National Association of Surety Bond Producers, are calling for prompt passage of the bill by the House, so that the U.S. Senate can take up the bill and end this regulatory double-standard that puts subcontractors at risk.