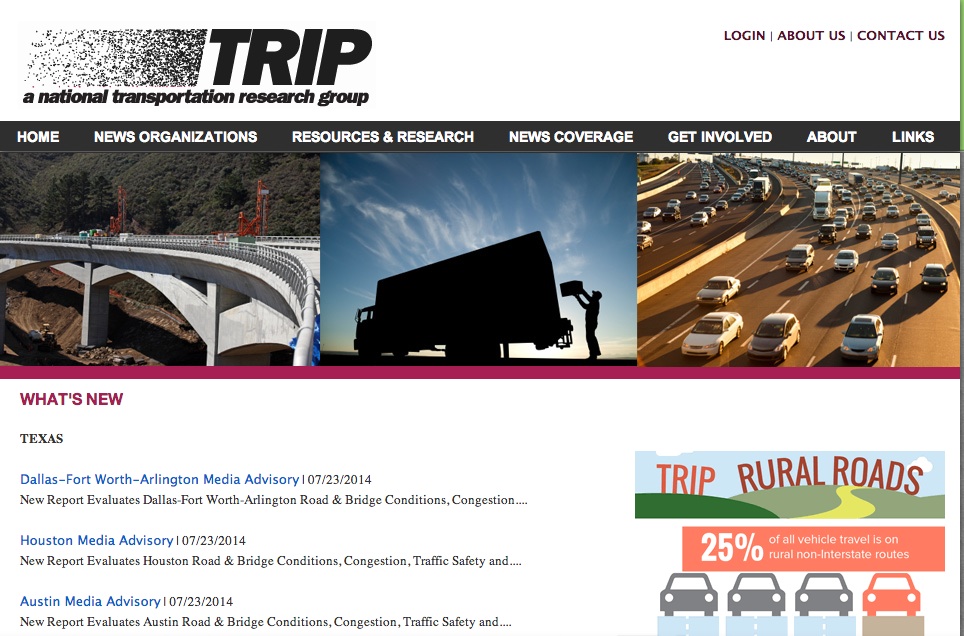 Stephen E. Sandherr, chief executive officer of the Associated General Contractors of America, has issued a statement in response to a report on the condition of the nation’s rural roads released by national transportation research group TRIP.

According to the report, the rural road fatality rate is three times higher than all other roads, while 15 per cent of rural roads are in poor shape and 22% of rural bridges are either structurally deficient or functionally obsolete.

“As this report makes clear, Washington’s failure to adequately fund repairs to our aging network of roads and bridges is having an even worse impact on our rural roads than the rest of our transportation system. And while these rural roads may not be the ones most commuters use on a daily basis, they play a vital role in assuring the movement of hundreds of billions of dollars worth of agricultural, energy and manufacturing products every day. Neglecting our rural road network needlessly risks lives and forces shipping delays that inflate the cost of fuel, groceries and countless other essential consumer products.”

“Even as our nationwide network of roads and bridges continues to age and deteriorate, the U.S. Department of Transportation is warning states it will begin cutting back federal funding for highway projects in August as the balance in the federal Highway Trust Fund approaches dangerously low levels. The mere threat of this funding slowdown has already prompted many states to reduce the number of road and bridge repair projects they undertake this year. Allowing such a federal funding slowdown will lead to even worse road conditions and put more road users at risk.”

“Congress and the Obama administration must work together to address declining Highway Trust Fund revenues and bring all our roads and bridges back to a state of good repair. That is why our members will continue to use the Hardhats for Highways campaign to contact their elected officials and urge them to act quickly to fully fund highway and bridge repairs and pass a long-term surface transportation bill this year.”