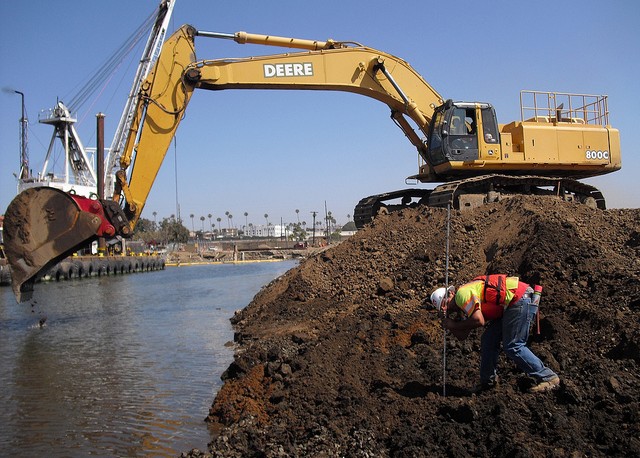 An unusual surge in public construction in October pushed total construction spending to its highest level since May 2009 despite a dip in both private residential and nonresidential activity, according to an analysis of new Census Bureau data by the Associated General Contractors of America. Association officials urged lawmakers in Washington to make water and surface transportation investment a top federal priority.

“Nearly every category of public construction increased in October, according to the preliminary Census figures, although for the first 10 months of 2013 combined, public spending continues to lag the 2012 year-to-date total,” said Ken Simonson, the association’s chief economist. “Meanwhile, residential spending slipped for the month but still showed strong year-to-date gains, and nonresidential spending remained stuck in neutral.”

Construction put in place in October totaled $908 billion, 0.8 percent higher than in September. But figures for August and July were revised down below levels that initially exceeded the current October estimate. The total for the first 10 months of 2013 was 5.0 percent above the year-to-date mark for the same months in 2012.

Private nonresidential spending edged down 0.5 percent for the month and up 0.8 percent year-to-date, Simonson observed. The largest private nonresidential category, power – including oil and gas as well as electricity – plunged 5.7 percent and 5.8 percent over the two time periods. But the next three niches in size – manufacturing, commercial (retail, warehouse and farm), and office – rose for the month and year-to-date.

Association officials said Congress and the administration should keep public construction from returning to its recent slump by quickly completing Water Resources Development legislation that has already passed both houses and passing a new surface transportation bill next year that funds repairs to deteriorating highway, bridge and transit infrastructure.  They added that any new transportation bill must include provisions to adequately fund the nearly depleted federal Highway Trust Fund.

“If Congress can act in a bipartisan way on transportation funding as it did on the Water Resources bill, it can avoid a cliff-like drop in highway spending,” said Stephen E. Sandherr, the association’s chief executive officer. Read More.