The master site plan and educational program plan for the residential school were unveiled during a Sept. 28 public meeting and the school’s board of trustees unanimously approved both plans the next day.

Duda|Paine Architects has been designing the campus following the funding approval through the 2016 Connect NC bond vote.

“Today is a huge milestone in the 38-year life of this institution,” Tom Williams, chair of the NCSSM Board of Trustees, said in a release.

“The new NCSSM campus in Morganton will strengthen our efforts to deliver a world-class STEM education to many more of our state’s most talented students and will serve as an economic engine for the Western region of North Carolina,” said UNC Board of Governors chairman Lou Bissette. An expansion of this magnitude takes forward-thinking, investment, and an unprecedented level of coordination and support from state policymakers and local leaders. I applaud the efforts of all those working to make this vision become a reality.”

The school is expected to hold 300 students but there is room to expand to add an additional 300 students.

NCSSM-Morganton will be located on the eastern ridge of the North Carolina School for the Deaf. The state recently approved around a 60-acre transfer of property for the new school, the Morganton News-Herald has reported.

Three buildings that were once part of NCSD will repurposed for NCSSM in the plan. The campus center will be Goodwin Hall, to be renovated and used as the administration building/main hall.

The old NCSD campus barn will be reused for student and community events, seating around 400 people with a kitchen and mezzanine.  There will be two 150-bed dorm buildings.

There will be a new academics building, as well as structures for a student commons, library and dining hall, and one for “fitness and wellness”.

Joiner Hall, which originally was built for NCSD, will be renovated and used for music and arts programs. 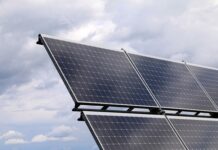 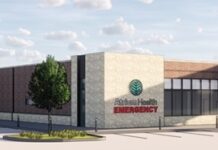 Gilead Sciences to invest $5 million to build new hub in...