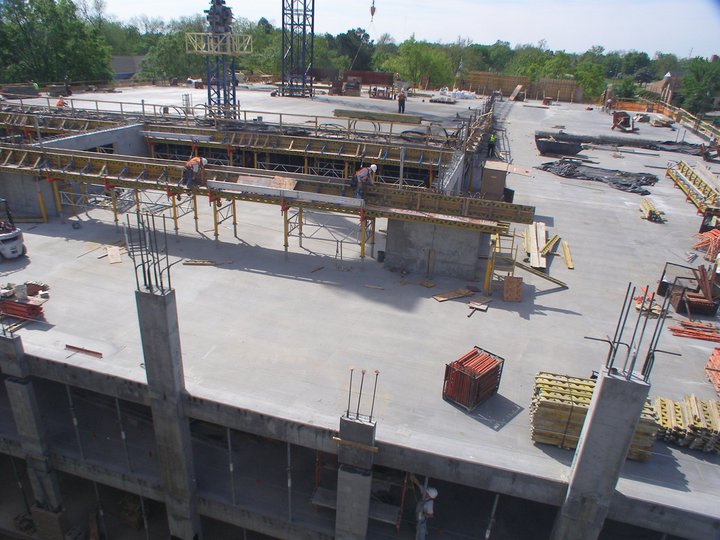 Significantly more construction firms are planning to add new staff than plan to cut staff while demand for many types of private sector construction projects should increase this year according to survey results released  by the  Associated General Contractors of America and Computer Guidance Corporation. The survey, conducted as part of Tentative Signs of a Recovery: The 2013 Construction Industry Hiring and Business Outlook, provides a generally optimistic outlook for the year even as firms worry about rising costs and declining public sector demand for construction.

“While the outlook for the construction industry appears to be heading in the right direction for 2013, many firms are still grappling with significant economic headwinds,” said Stephen E. Sandherr, the association’s chief executive officer. “With luck and a lot of work, the hard-hit construction industry should be larger, healthier, more technologically savvy and more profitable by the end of 2013 than it is today.”

Sandherr noted that significantly more firms are planning to add staff this year compared to the number of firms expecting to make layoffs. He said that 31 percent of firms plan to add staff this year, while only 9 percent plan to make layoffs this year. The scope of those staff additions are likely to be modest, however, with 79 percent of firms reporting they plan to hire 15 or fewer people in 2013 and only 13 percent planning to hire more than 25 new workers this year.

Contractors appear increasingly optimistic that demand for certain private sector projects will expand this year, Sandherr noted. Firms are most optimistic about the outlook for hospital and higher education construction, he said, noting that 36 percent of firms predict the amount of money spent on those projects will grow in 2013 while 39 percent of firms expect the market will remain stable compared to last year. Contractors were also optimistic about the markets for power construction, but had lower expectations for manufacturing; private office and retail, warehouse and lodging construction.

A significant – but smaller than last year – number of contractors report that customers’ projects have been delayed or cancelled because of tight credit conditions. Forty percent of responding firms report that tighter lending conditions have forced their customers to delay or cancel construction projects. Only 3 percent of firms reported having an easier time getting credit while 41 percent report no change in credit conditions.

“Unfortunately, there are almost as many causes for concern as there are signs of optimism,” said Ken Simonson, the association’s chief economist. “Demand for public buildings is set to decline, manufacturing work appears to be slackening, materials prices and health care costs continue to rise and many firms are reluctant to make major investments in new equipment.”

Simonson noted that overall demand for new construction equipment is likely to remain modest in 2013. Sixty-four percent of firms plan to purchase new equipment this year, down from 70 percent last year, while 77 percent of firms plan to lease this year compared to 78 percent in 2012. Contractors are increasingly relying on leasing equipment to avoid having to pay for idle equipment during lags in construction activity, the economist noted. Even as they shift toward more leasing, firms’ appetite for new equipment remains modest, with two-thirds of the firms planning to buy and 73 percent planning to lease $250,000 or less in equipment this year.

An increasing number of construction firms – 38 percent in 2012 compared to 35 percent in 2011 – report using Building Information Modeling services, also known as BIM, association officials noted. And 43 percent report they expect the use of BIM to increase in 2013. In addition, more firms report working on public private partnerships, which leverage private-sector dollars to finance public projects. Thirty-seven percent of firms report being involved in these kinds of projects in 2012 and 97 percent expect demand for these kinds of privately financed projects to increase or remain stable in 2013.

“The survey indicates that construction companies will continue to make investments in their IT infrastructure, specifically in areas such as enterprise content management, mobile field applications and solutions that support self-service functions,” said Roger D. Kirk, CEO, Computer Guidance Corporation.

Kirk noted that 60 percent of firms report they plan to invest in their information technology departments in 2013. He added that 73 percent of those firms report they expect to invest over $10,000 in new information technology this year. However, a relatively small percentage of firms – 11 percent – report they plan to purchase new financial and job cost software in 2013, Kirk added. Similarly, only 9 percent of firms plan to lease or finance the purchase of new financial and job cost software in 2013.

The outlook, which the association co-sponsored with Computer Guidance, was based on survey results from over 1,300 construction firms from 49 states, the District of Columbia and Puerto Rico. Contractors from every segment of the industry answered over 30 questions about their hiring, equipment purchasing and business plans. Economists and specialists from the association and Computer Guidance analyzed those comments to craft the outlook. Click here for Tentative Signs of a Recovery: The 2013 Construction Hiring and Business Outlook Report. Click here for the survey results.  Read More. 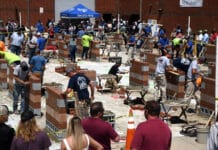