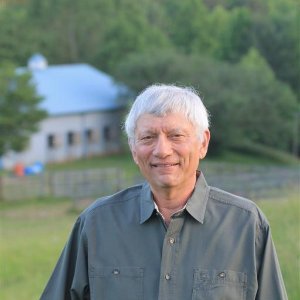 Columbia Forest Products has announced that Jim Sitts, Appalachian timber manager, has been chosen to receive the 2015 Forest Conservationist of the Year award from the North Carolina Wildlife Federation.

The recognition is part of the Governor’s Conservation Achievement Awards program, honoring individuals and organizations that exemplify conservation activism in North Carolina. The award will be presented to Sitts at the Annual Governor’s Awards Banquet on Sept. 12, 2015 in Raleigh.

Sitts is a 45-year veteran of the forest products industry and has been with Columbia Forest Products since 1981. He is a Registered Forester in North Carolina and has earned the designation of Certified Forester through the Society of American Foresters.

In addition to his work as a forest conservationist, Sitts has served on the boards of organizations such as the Hardwood Federation, the Forestry Mutual Insurance Company and the National Woodland Owners Association. He holds degrees from Paul Smith’s College and North Carolina State University.

T. Edward Nickens, chairman of the NCWF Awards Committee, said: “Jim understands the perspectives of companies in the industry as well as the importance of good forest conservation practices. His deep knowledge and wide-ranging perspectives make his ideas and insights both realistic and achievable – and hence highly beneficial to furthering the habitat conservation and restoration goals of the North Carolina Wildlife Federation.”