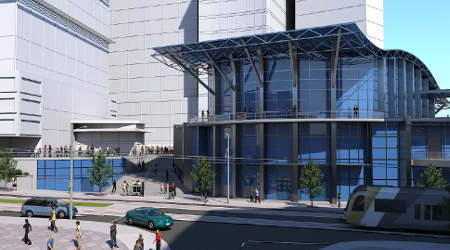 Crowder Construction Co. has just inked a deal with the North Carolina Department of Transportation (NCDOT) for the proposed $48.6 Charlotte Gateway Station.

The work, says Progressive Railroading, will include construction of the platform, structures and roadbed for track to the planned station. The project is scheduled to begin July 9 and expected to be finished by April 2022, NCDOT officials said.

City crews will construct the station building under a separate contract to be issued later this year or early in 2019.