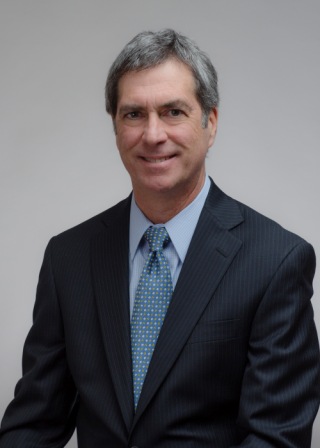 Surety companies will tell you that performance bonds are not insurance, which is technically correct, but at a practical level a performance bond insures against the excess costs that may be incurred if a subcontractor defaults. Like an insurance policy, a performance bond should pay promptly and without too much hassle if a covered loss occurs. The form of the bond affects whether the payment is prompt and hassle free or not. Unfortunately, the A312 performance bond is designed to create hassles which can lead to delays, or worse, denial of payment. There are other bond forms that do not have the hassles or risks of the A312, so when bonding a subcontractor you should use one of those other forms.

By statute, general contractors are required to provide performance bonds on all federal projects in excess of $100,000 and all projects for the state of North Carolina in excess of $300,000 or $500,000 if the project is for the University of North Carolina or one of its constituent institutions. On private projects whether or not a bond is provided to protect the owner is a matter of contract between the owner and general contractor.

Those large sophisticated owners are the United States of America and the State of North Carolina. The bond forms promulgated by the federal and state governments are just one page long and on the face of the bonds there is just one condition to be satisfied before the surety has to perform: the principal, which would be the subcontractor, has to fail to perform. That’s it, if the subcontractor fails to perform, you can make a claim on the performance bond. To be sure, there are some other requirements not specifically stated in the bond such as the general contractor cannot be in default of its obligations under the contract and the general contractor has to make sure it does not overpay the subcontractor, but the face of the bond is simple.

The federal form is even simpler. ConsesusDOCS has a similar performance bond form that only requires a subcontractor default, that the general contractor not be in default and that the general contractor make any sum remaining under the subcontract available to the surety to defray the cost of completing the work. Under these forms, there is little hassle and the subcontractor’s default can be addressed promptly, efficiently and in the manner that best suits the project.

In contrast, AIA’s A312 three page performance bond attempts to impose numerous conditions not found in the state, federal or ConsesusDOCS forms. First, you must send notice to the subcontractor and the surety that you are “considering declaring a . . . default,” and you have to state whether you want to have a conference with the surety. If you do not ask for a conference, the surety has five days to request a conference. If there is to be a conference, it is supposed to be held within ten days of the surety’s receipt of the letter. So you have a subcontractor that is not performing which may be affecting the critical path and you have to tell the surety you are considering declaring a default and then wait to see if there will be a conference. You may want to supplement the subcontractor’s forces but if you do that before giving notice that you are considering a default or attending the conference, the surety will argue it is not responsible for the cost of supplementation.

If you successfully clear these hurdles, the surety is supposed to either (1) arrange, with the general contractor’s consent, for the subcontractor to complete the work, (2) undertake to perform the work itself or through independent agents or contractors, (3) obtain bids from other subcontractors to perform the work and arrange for a contract to be entered between the successful bidder and the general contractor, (4) make a payment to the general contractor or (5) deny liability citing the reasons for the denial. And if the surety does not do one of these things, you are supposed to send the surety a notice demanding that the surety perform its obligations within seven days. If you do not send this notice, a surety can argue it has no liability. So a surety can ignore you, but if you do not send a notice demanding that the surety perform, it can argue it owes nothing.

You have the power through your subcontract to require a reasonable bond form is used. If you decide to bond a subcontractor, you should include a provision in the subcontract specifying the form to be used. ConsesusDOCS 260 Performance Bond is a good choice. Another option is to have your attorney prepare a bond form that suits your needs. The subcontract should require use of your designated form and should also state the any bond provided that does not comply with your form will be deemed amended so it does comply with your form. That way if an incorrect form is submitted and not rejected you can rely on the rule that the bond is construed in conjunction with the underlying contract to argue that regardless of the bond form actually submitted it must be construed in light of the subcontract’s requirements. Of course, to eliminate any argument about what bond form controls, if you receive an incorrect form you should send it back and demand that the proper form be provided.

If you get stuck with an A312 form and your subcontractor defaults, the best thing you can do is strictly follow the terms of the bond so that the surety will not have any arguments to defeat coverage. If you are unable to follow the strict terms of the bond and the surety uses that to try to defeat coverage, your attorney can turn to the line of cases which hold that a bond issued by a compensated surety is to be liberally construed in favor the promissee (the general contractor) and strictly against the surety and that a compensated surety must prove it has been injured by the failure to follow the strict terms of the bond.2 Unfortunately, the courts in North Carolina have not yet applied these principles to a case involving an A312 performance bond and there is no guarantee that the cases about compensated sureties will carry the day. Also, some states still require strict compliance with all provisions of a surety bond and if your project is in one of those states you need to strictly follow whatever bond form is used, especially one with as many steps as the A312.

Editor’s note:  We asked  the writer for his observations on the impact of avoiding the AIA bond on subcontractors.  Here is his response:

How avoiding A312 would affect subs is a little complicated.  Affect on subs is same as affect on GCs when the GC is the one providing the bond.

There should be no affect if there is no default, unless the surety company charges a lower fee if they can use the A312, which I doubt.  And if there is a higher fee for a non A312 bond it should usually be passed upstream to the GC and the owner by being included in the contract price.

The real cost, if any, arises if there is default and a claim on the bond.   The sureties always get a guaranty from the principal which with smaller GCs and subs means personal guaranties from the individual owners.  So if the surety pays, it will have a claim for reimbursement from the guarantors.  But, every performance bond claim I have seen arose in connection with a GC or sub failing through mismanagement and evaporation of working capital.  The GC or sub is out of money which leads to the default.  Which means that the guarantors typically have nothing for the surety to recover.

Bill Blancato served as general counsel for John S. Clark Company, LLC for six years and is now a member of Doughton Rich Blancato PLLC in Winston-Salem. Bill has experience representing contractors, subcontractors and owners and in drafting and negotiating contracts. Bill is also a certified mediator and serves on AAA’s panel of arbitrators. Bill can be reached at bill@drbattorneys.com.