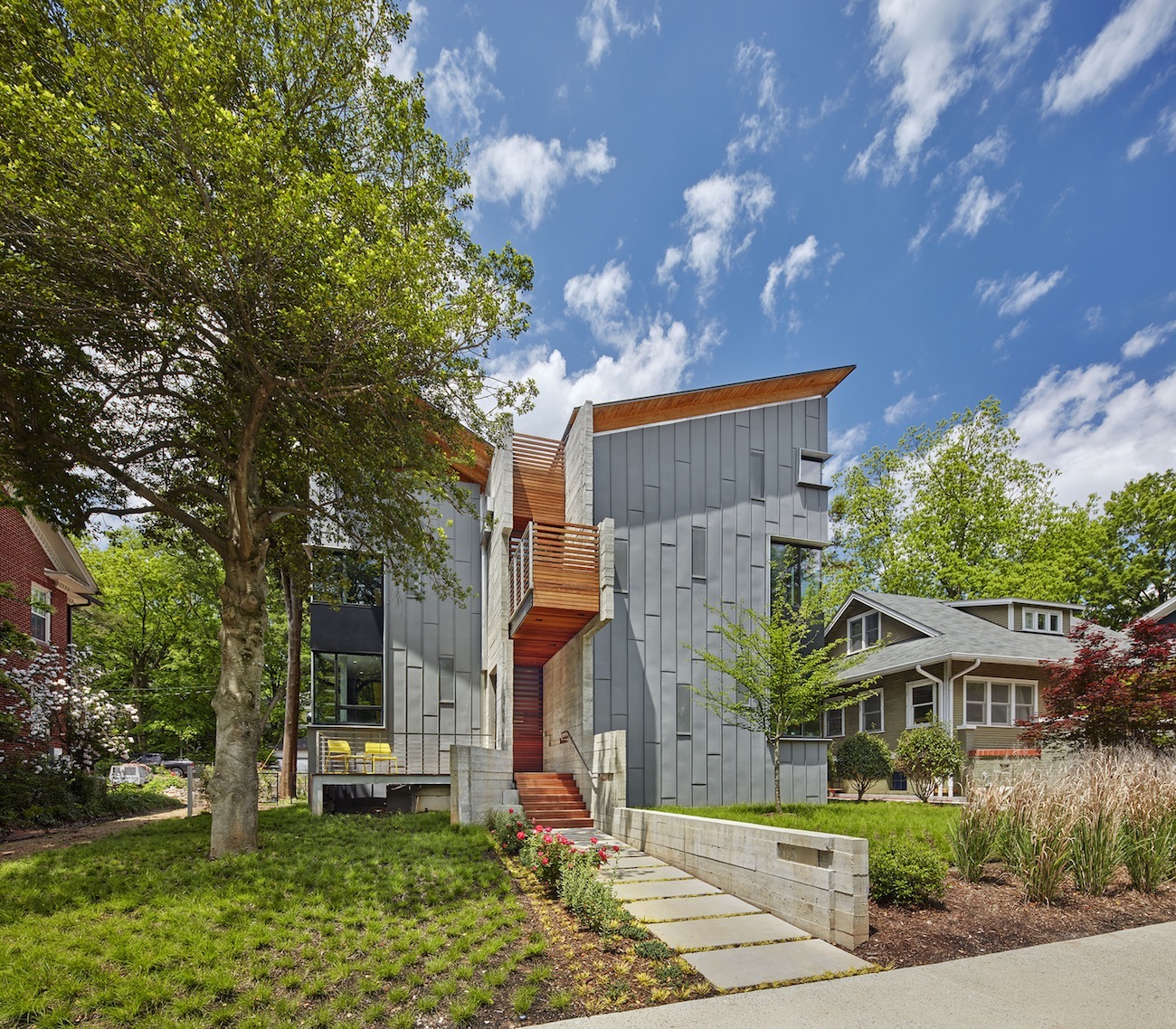 The six winners of the 2016 George Matsumoto Prize, sponsored by the non-profit organization North Carolina Modernist Houses (NCMH), have been announced.

The jury’s third prize also went to in situ studio for the Medlin Residence in Raleigh, a compact, L-shaped home that creates a courtyard between the house and a hillside and boldly allows an interior staircase to become a dominate form expressed on the facade. For third prize, the firm received $1,000. Builder: Kemp Harris, Inc. Photography: Richard Leo Johnson/Atlantic Archives

In the People’s Choice Awards, online voters’ first place selection was architect Adam Sebastian of STITCH Design Shop, Winston-Salem, for Blauhaus in Winston-Salem, a house sited parallel to a creek with a gabled roof form that gives a nod to the owner’s home in German yet maintains a distinctly modernist vocabulary. Builder: Ken McDaniel. Photography by Adam Sebastian

The George Matsumoto Prize, supported by the McAdams Foundation, honors George Matsumoto, a founding faculty member of North Carolina State University’s School of Design and architect of some of the state’s best-known and historically significant Modernist houses. Each year Matsumoto serves as honorary jury chair.

For more information on North Carolina Modernist Houses and the other 2016 Matsumoto Prize entries, go to www.ncmodernist.org/prize2016.