After just seven years, North Carolina’s largest program of improvements to the state’s rail infrastructure is complete. The Piedmont Improvement Program (PIP) is improving safety, efficiency and reliability for freight and passenger rail service between Charlotte and Raleigh, the North Carolina Department of Transportation (NCDOT) says in a news release.

Over the course of the project, more than 40 comprehensive rail projects were completed. These included:

“The Piedmont Improvement Program has put our state on the right path for the future by not only improving connectivity for passenger customers, but also serving as a catalyst for economic improvement through freight rail service, locally and nationally,” said NCDOT chief deputy secretary David Howard. “Additionally, modernization of the corridor allows for increased freight service along the line to better accommodate growing freight traffic while lightening the load on our state’s highways.”

Understanding the significance of railroads to North Carolina’s infrastructure and economy, NCDOT embarked upon a series of railroad and highway construction projects and enhancements in 2010.

The program also allows for the start of two new daily round trips on the Piedmont passenger line, meaning passengers will ultimately be able to travel on five trains each way between Raleigh and Charlotte. The first new round trip Piedmont route is targeted to begin in spring 2018.

The Federal Railroad Administration awarded the state a $520 million grant through the American Recovery and Reinvestment Act for the work. 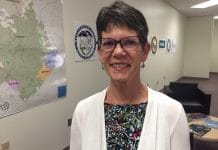 A deadly year in construction