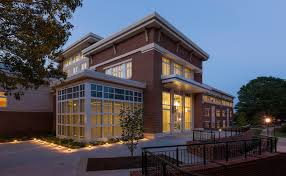 The business was recognized for its role as construction-manager at risk for the $11 million Hill Hall Renovation and Student Success Center project at Winston-Salem State University.

The renovation and expansion project added more than 6,000 square feet to the existing facility, bringing its total square footage to 38,021, Triad Business Journal reported. The center, located in the heart of campus, provides support services, mentoring and advising to students.

Shelco teamed with Charlotte-based R.J. Leeper Construction on the project.