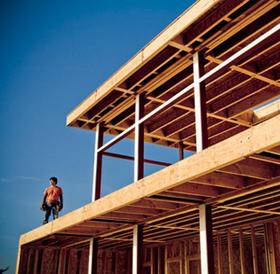 Mecklenburg officials say they expect no delays in processing building permits, even though the state hasn’t published a final version of its new guidelines for residential properties, reports the Charlotte Observer.

State officials say “unexpected delays” have prevented them from adopting a final version of the code. But Code Enforcement Director James Bartl said in  that the state Department of Insurance is allowing counties to use a draft version of the policy that was published online this week.  The online version is accessible on the North Carolina Home Builders Association website.

In a memo, Chris Noles of the Department of Insurance said that the draft rules have the “final substantive edits” that were sent to the publisher of the new code and that they had cleared the N.C. Building Code Council. The memo said that the Department of Insurance is continuing to work on some other items in the new building code but that the final version will contain no substantive changes.

Earlier in the week, there were concerns that permitting for residential projects in the county and other areas would come to a halt since the final state rules weren’t in place. Prior to the new memo, the Charlotte Business Journal reported the county’s Land Use and Environmental Services Agency had been advised the Web version of the building code was not enforceable.

But in the county release, Bartl said the state will let counties use the draft code to receive and review applications, as well as to issue permits.   Read More.