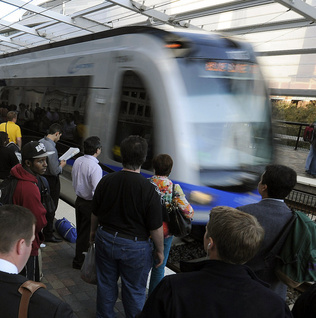 The New & Record reported North Carolina had five announced projects during the quarter, with 225 jobs already created. In addition, there were 135 jobs related to projects in the construction phase and 7,250 direct and indirect jobs when the projects are at full operation.

For the full year, North Carolina had 19 announced projects with 445 jobs already created, 2,121 related to projects already in the construction phase and 8,301 direct and indirect jobs when the projects are at full operation.

The biggest announcement was a light rail project in Charlotte that is projected to create 7,000 direct and indirect jobs. The light-rail system is expected to be completed in 2017 and would run 9.2 miles to connect uptown Charlotte with the UNC Charlotte campus.

Another top roject was by Biowheels RTS in Asheville, which makes solar-powered charging stations for electric vehicles. The company said it would create 1,500 jobs as part of building 900 public-charging stations throughout the state by 2015.

Nationwide, more than 300 clean energy and clean transportation projects that are expected to create 110,000 jobs were announced in 2012, according to the E2 report.