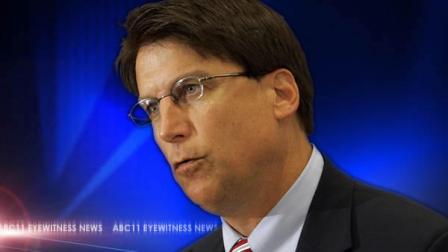 Pat McCrory’s career as Charlotte’s longtime mayor, a transportation consultant and two-time candidate for governor means he has plenty of ideas about fixing North Carolina’s road-building woes as he moves into the Executive Mansion, reports WTVD-TV News.

Don’t punish cities that must spend lots of money improving interstates, he says. Develop decades-long construction plans. Keep politics out of funding road projects and work with the private sector. And don’t be afraid to try something risky, like the Republican did in 1998 by lobbying for a referendum approved by voters that raised the local sales tax to help build Charlotte’s first light rail line.

While some of McCrory’s criticisms have been addressed by outgoing Democratic Gov. Beverly Perdue, his stance has encouraged advocates for a transportation funding overhaul. They hope the governor-elect will endorse more sustainable revenue sources, and bring along enough legislators to push those ideas through the General Assembly.

A state Department of Transportation report in August estimated North Carolina will need another $60 billion – more than double the current projected funding  – through 2040 to improve transportation infrastructure levels and $32 billion just to keep the status quo. Current funding sources like the gas tax are leveling off as hybrid cars and better road materials increase gas mileage.

“His track record of being mayor of Charlotte was one of being very visionary and looking at the long term,” said Marc Finlayson, co-chairman of NC GO!, a coalition of local governments and road-building trade groups pushing for more road money. “It made sense and resonated with the voters.”

While McCrory has been largely quiet on policy plans since getting elected, he may be hard pressed to extend what he did in Charlotte to the rest of the state or persuade both parties at the GOP-led Legislature to support his plans. Conservative legislators will be hesitant to support anything that would leave the impression they supported higher taxes. Motorists already feel smothered by a gasoline tax among the country’s highest.

Many lawmakers also like the transportation funding formula that McCrory has said he wants to change, said David Hartgen, a professor emeritus at the University of North Carolina at Charlotte who evaluates transportation trends among the states.  Hartgen said when it comes to transportation, McCrory is “certainly not a traditional Republican in the (fiscally) conservative sense of the word. I think he’ll try to be creative, particularly on the funding side, but he’ll have to balance that with the state’s picture generally.”

Since first running unsuccessfully for governor against Perdue in 2008, McCrory’s transportation complaints have centered on the state formula to distribute most highway money. Congestion, safety and environmental issues aren’t considered in the “equity formula,” McCrory says, so regions that have to maintain interstates often have very little remaining in their distributions for secondary roads.

Perdue’s Department of Transportation has won praise by shifting to a more data-driven method to determine which projects should be funded, relying less on a governor’s political appointees on the Board of Transportation. “Between the reforms that have been put in place under the current administration and some visionary planning and funding with the next administration, I think we can find ourselves in a good situation,” Finlayson said.

Mayors also are encouraged to have an ex-mayor leading state government. Municipal leaders are feeling burdened by maintaining state roads within city limits to ease congestion. Cities could be willing to take over more maintenance in exchange for the authority to raise taxes to pay for it. Still, finding the political will to generate more revenues will be daunting.

The state gasoline tax, which slides up and down depending on the wholesale price of gas and provides the majority of state highway revenues, rose nearly 9 cents per gallon in two years before it fell back slightly this year. Legislators capped the tax at 37.5 cents per gallon through next summer.

McCrory said in September the cap should be extended. He also shied away from endorsing a broad expansion of toll roads and said he’s opposed to tolling Interstate 95. The August DOT report offered several options to close the $60 billion funding gap. They include raising the tax on automobile sales, placing a 10 percent surcharge on automobile car insurance or charging motorists a tax for each mile traveled. None would be considered popular.

With a lack of appetite for new taxes and Congress unwilling to give more federal transportation money to the state, the McCrory administration likely will have to make do for now, Hartgen said. “We’re going to have to prioritize projects and build the ones that have the biggest bank for the buck,” Read More.