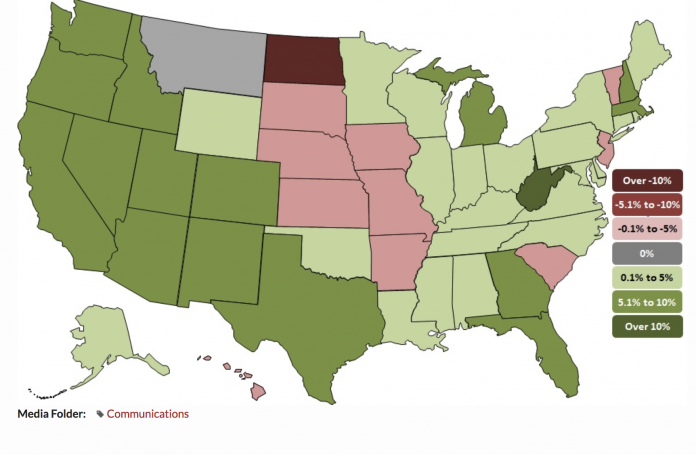 While North Carolina’s construction employment growth is near the middle in the nation for the past year (ranking twenty-third out of the 50 states and the District of Columbia (DC), it has seen a significant increase in ranking — to sixteenth — in April, according to US Labor Department data gathered by the Associated General Contractors of America (AGCA).

“Firms in many parts of the country are working to keep pace with growing demand for construction services,” said chief economist Ken Simonson. “Many of those firms are having a hard time finding and hiring enough qualified workers as the pool of available workers remains very tight.”

Association officials said strong demand, particularly from the private-sector, was prompting firms in most states to add staff. But they cautioned that relatively few young workers appear to be entering the construction industry. They said the strong economy was increasing competition for most workers and construction recruiting is hampered by the fact relatively few schools offer instruction in construction skills or counsel students to consider high-paying construction careers.

View the state employment data by rank, state, and peak.