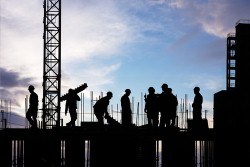 Construction employment declined in 9 North Carolina metropolitan areas between October 2011 and October 2012, increased in one, and was stagnant in 3, according to a new analysis of federal employment data released by the Associated General Contractors of America.

“These figures show how spotty the construction recovery has been—even within a single state,” said Ken Simonson, the association’s chief economist. “If  taxes hump and federal construction spending is slashed next month, even more metros will have construction job losses.”