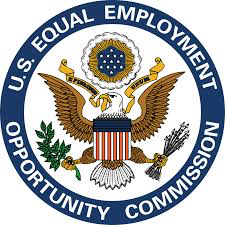 Hiatt & Mason Enterprises, Inc., a structural steel erection services company, has agreed to pay $35,000 and provide other relief to settle a racial harassment lawsuit filed by the U.S. Equal Employment Opportunity Commission (EEOC), the federal agency has announced. The EEOC had charged that the company violated federal law when it subjected a black employee to a racially hostile work environment.

According to the EEOC’s complaint, around March 2014, Paul Bowman began working as a laborer at Hiatt & Mason’s facility in Mount Airy, N.C. The EEOC said that starting in March 2014, Bowman’s white foreman and some of his co-workers subjected him to racial harassment for almost two years.

The alleged misconduct included daily or almost daily use of the “N-word” and other racial epithets, as well as racial jokes about blacks. On more than one occasion, Bowman was threatened physically by one of the co-workers who engaged in racist name calling. The agency further charged that the company’s equal employment opportunity officer witnessed at least one of the incidents of harassment and received complaints about some of the abuse, but took no action to stop it. Bowman left the company around March 2016.

Such alleged conduct violates Title VII of the Civil Rights Act of 1964, which prohibits employers from allowing a racially hostile work environment to exist in the workplace.

EEOC filed its lawsuit in U.S. District Court for the Middle District of North Carolina (EEOC v. Hiatt & Mason Enterprises, Inc., Case No. 1:16-cv-01429), after first attempting to reach a pre-litigation settlement through its conciliation process.

In addition to providing monetary relief to Bowman, the company entered into a four-year consent decree requiring it to develop and implement a policy that prohibits race-based harassment, provides at least three alternative managers to whom employees can report harassment, and requires managers to notify the company president of all employee complaints.

The decree further requires the company to conduct annual training for its employees, supervisors, and managers on Title VII and its prohibition against workplace harassment. Hiatt & Mason must also distribute a letter from its presi­dent to all employees, stating that any employee who engages in racially offensive conduct shall be subject to discipline, including possible termination. As well, Hiatt & Mason must post an employee notice about the lawsuit as well as provide periodic reports to the EEOC.

“Employers must take appropriate action to stop their employees’ use of racial slurs in the workplace,” Lynette A. Barnes, regional attorney for EEOC’s Charlotte District Office, said in a statement. “The EEOC takes a company’s failure to take appropriate action to stop racial slurs and racially offensive conduct very seriously and will prosecute cases where this kind of abuse occurs.”