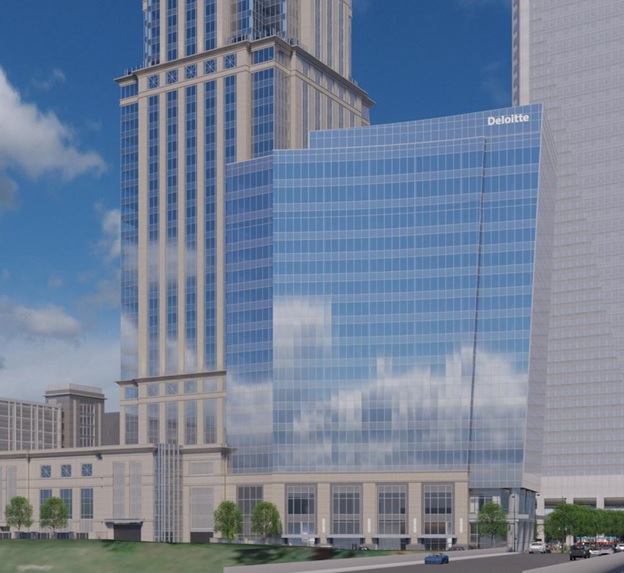 Lincoln Harris had earlier announced that it would be developing an 18-story glass and steel tower on the site. It will complement the 33-story Bank of America Tower, which is nearing completion on the 10-acre Legacy Union site located on uptown’s southern perimeter with easy access to Interstate 277.

LS3P is the project’s architect.