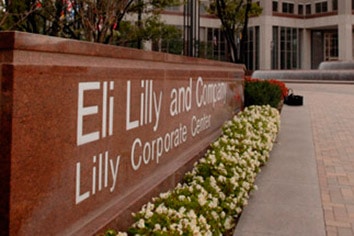 Lilly, with headquarters in Indianapolis, Indiana, has a long heritage in discovering and making medicines.  Established in 1876, today Lilly is attacking some of the world’s most serious and debilitating chronic health issues — diabetes, cancer, autoimmune conditions, chronic pain, and Alzheimer’s disease, all among the world’s leading causes of death or disability.

This new manufacturing site will be a state-of-the-art facility that produces parenteral (or injectable) products and delivery devices. To operate the site, Lilly will create more than 400 jobs in highly skilled positions such as scientists, engineers, quality professionals and manufacturing operations. Lilly currently has seven manufacturing sites located in the United States in Indiana, New Jersey and Puerto Rico.

“This next-generation manufacturing facility will allow us to expand our capacity to make the Lilly medicines that are helping people with serious illnesses today, and help us prepare for new medicines coming from our robust pipeline in the future,” said David A. Ricks, chairman and chief executive officer of Lilly. “In the past two years, we have invested billions of capital in new U.S.-based manufacturing because the 2017 tax reform rebalanced the playing field in favor of the American worker. We’re excited to be bringing more of these high-skill, high-wage advanced manufacturing jobs to North Carolina.”

“North Carolina is one of the nation’s leading centers for innovation in the life sciences,” said North Carolina Commerce Secretary Anthony M. Copeland.  “We welcome Lilly to the state’s roster of biomanufacturers.”

The North Carolina Department of Commerce led the state’s support for the company during its site evaluation and decision-making process.

Although wages will vary depending on position, the average salary for all the new positions will exceed $72,000, which is greater than the current average wage in Durham County of $71,756.

Lilly’s project in North Carolina will be facilitated, in part, by a Job Development Investment Grant (JDIG) approved by the state’s Economic Investment Committee earlier today. Over the course of the 12-year term of this grant, the project is estimated to grow the state’s economy by $4.1 billion. Using a formula that takes into account the new tax revenues generated by the 462 new jobs, the JDIG agreement authorizes the potential reimbursement to the company of up to $8,689,500, spread over 12 years.  The company’s JDIG agreement lists its investment target as $474 million. State payments only occur following performance verification by the departments of Commerce and Revenue that the company has met its incremental job creation and investment targets. JDIG projects result in positive net tax revenue to the state treasury, even after taking into consideration the grant’s reimbursement payments to a given company.

Because Lilly chose a site in Durham County, classified by the state’s economic tier system as Tier 3, the company’s JDIG agreement also calls for moving as much as $2,896,500 into the state’s Industrial Development Fund – Utility Account. The Utility Account helps rural communities finance necessary infrastructure upgrades to attract future business. Even when new jobs are created in a Tier 3 county such as Durham, the new tax revenue generated through JDIG grants helps more economically challenged communities elsewhere in the state.  More information on the state’s economic tier designations is available here.

“This decision will only grow the reputation of Durham and the Research Triangle Park as a leading destination for life science companies,” said N.C. Representative Zack Hawkins. “Everyone in our area stands ready to help Lilly succeed in North Carolina.”

About Eli Lilly and Company

Lilly is a global health care leader that unites caring with discovery to create medicines that make life better for people around the world. We were founded more than a century ago by a man committed to creating high-quality medicines that meet real needs, and today we remain true to that mission in all our work. Across the globe, Lilly employees work to discover and bring life-changing medicines to those who need them, improve the understanding and management of disease, and give back to communities through philanthropy and volunteerism.