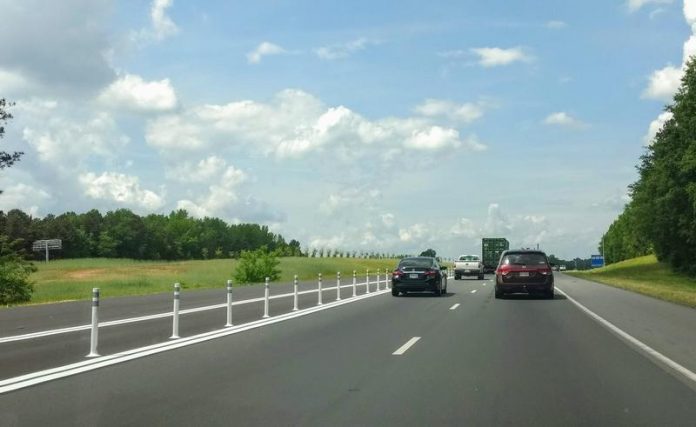 I-77 Mobility Partners, a subsidiary of Spanish construction company Cintra, has asked for more time to finish building toll lanes on I-77 from Charlotte to Mooresville, which could push construction into next year. The North Carolina Department of Transportation (NCDOT) says it is reviewing the request, but hasn’t made a decision yet.

Construction has been underway for four years on the 26-mile project, under a $670 million contract with NCDOT. Once completed, the company will operate the toll lanes for 50 years.

The project’s northern section between Huntersville and Mooresville opened in June, about five months behind schedule, NPR Radio has reported. I-77 Mobility Partners has until Nov. 1 to finish the rest — or face fines of $10,000 a day for any unopened sections.

NCDOT previously allowed the company to avoid penalties for missing the original deadline last January. A spokeswoman said work was added to the contract, extending the completion date.

“That extra work includes direct connectors from the toll lanes to Lakeview Road and Hambright Road, which were added at the request of regional transportation planners,” the broadcaster said, quoting a NCDOT spokeswoman. The contractor also now will repave the regular, non-toll lanes, the spokeswoman said.

A spokeswoman for I-77 Mobility Partners said that they’re still hoping to hit the deadline.

“We continue to be in close contact with NCDOT and our construction partners, and we all are working towards a fall opening,” Jean Leier said. 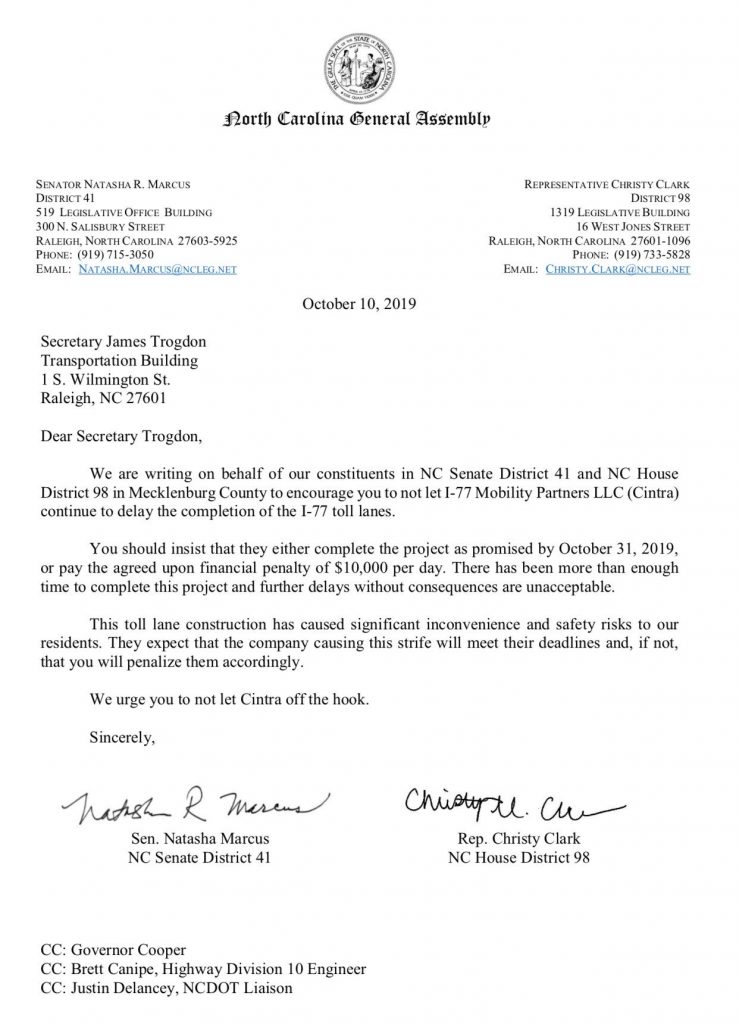