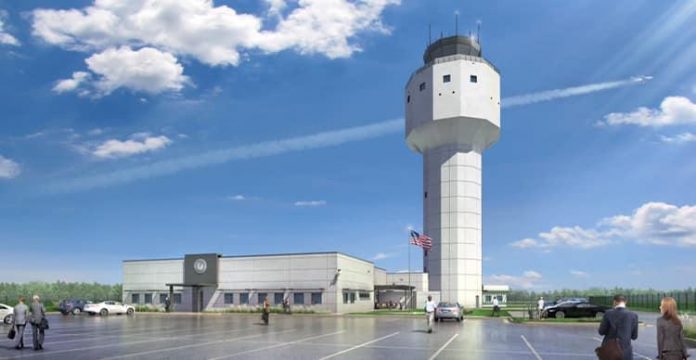 The agency will invest $61 million in the new facility which, according to Michael O’Harra, regional administrator of the FAA’s Southern Region, “will enable air traffic controllers to provide the safest and most efficient service to Piedmont Triad area travelers for decades to come.”

The FAA awarded the construction contract to Archer Western Construction of Chicago in October 2018.

The TRACON controls airspace within a 60-mile radius of the airport, which includes 20 general aviation airports. It will be equipped with the latest technology for communications and navigation.

North Carolina is the only state where the FAA is building two new air traffic control facilities. The FAA will commission the new 370-foot-tall tower at Charlotte Douglas International Airport in summer 2020.

The new facility will replace the existing 90-foot-tall tower that has been in operation since 1974.